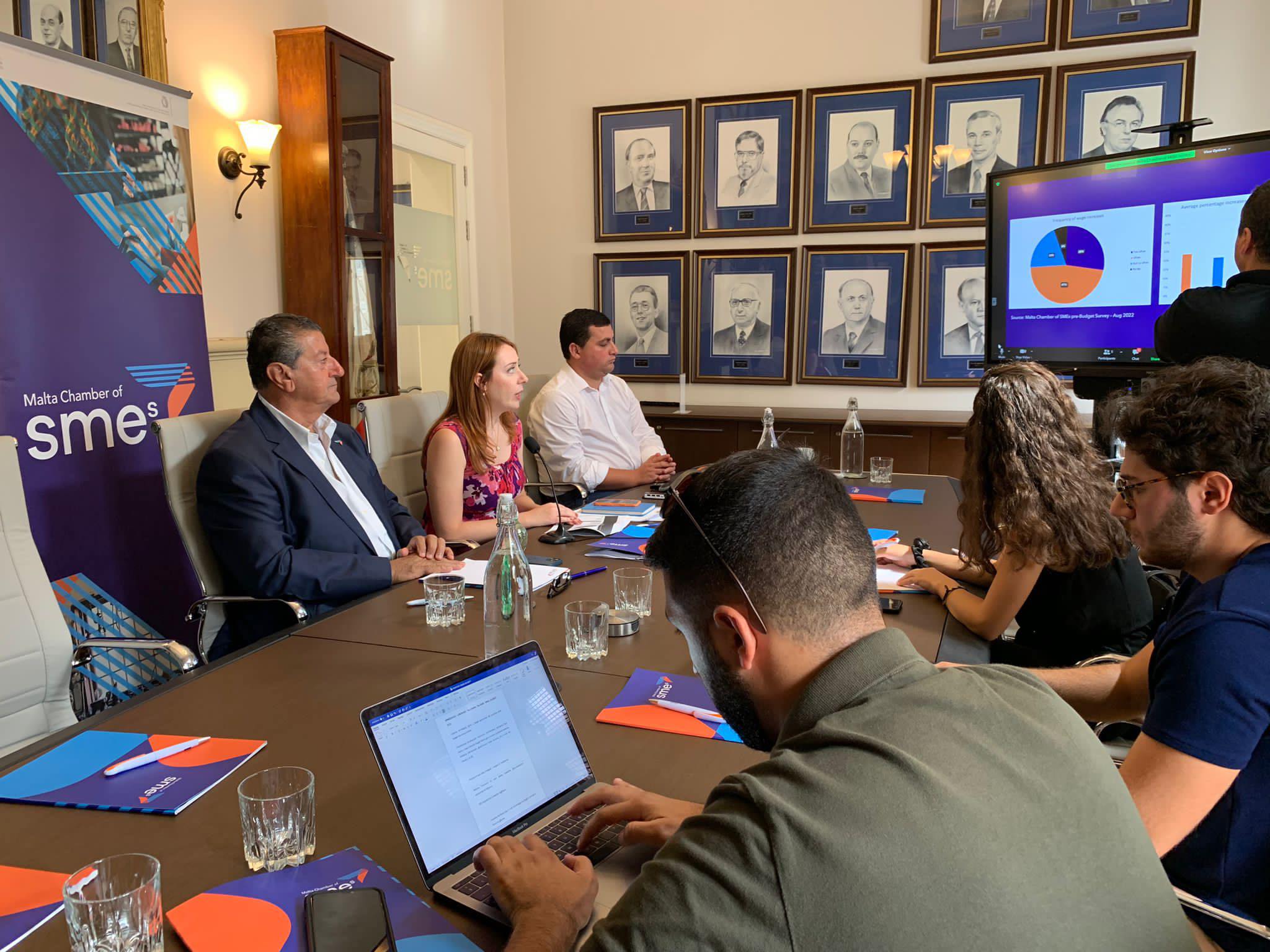 The SME Chamber highlighted the Budget priorities for 2023:

The SME Chamber is proposing a tax reform to support SMEs further. The reform would include lowering corporate tax to 15% to incentivise business and increase the balance between local and foreign-owned businesses. The reform will also include the widening of the tax brackets for individuals, which will help lower the pressure related to the cost of living.

Furthermore, the chamber is asking to reduce the VAT percentage. It said that because of the rise in prices, the government can reduce VAT and still make the same amount of money as they were making before. It is also asking for the government to completely eliminate VAT on specific goods or services, such as locally manufactures crafts and works of art.

he chamber also said that “excise duty is an unfair hidden tax,” therefore, it should be removed. It is also asking for a pension system reform to be able to guarantee a reasonable state pension.

The proposals also included a focus on taking the yachting industry to the next level. This would involve the recognition of the urgent need for a “fully-fledged yacht marina in Manoel Island, in order to draw more attention to super yachts.” The Chamber praised the Midi Development “definitely stimulating the yachting business which will substantially help the Maltese economy.”

The budget 2023 proposals that the chamber presented were all based on a survey that it conducted to understand the main problems SMEs are facing. 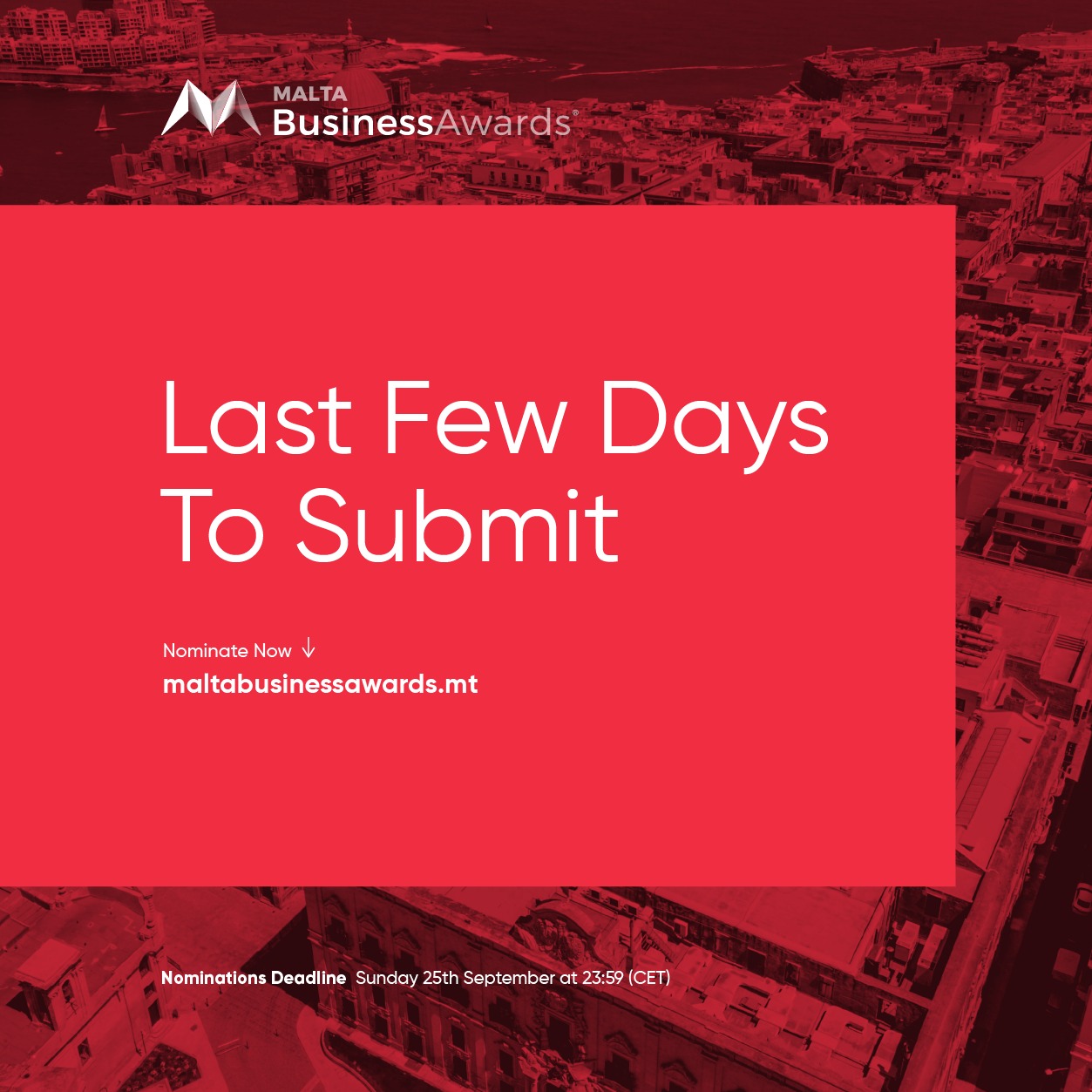 The first edition of the Malta Business Awards, announced earlier this month, is nearing the end of its first phase, with applications being accepted until Sunday the 25th of September at 23:59 (CET)

The Malta Chamber of SMEs and Malta Enterprise are working together to organise this first edition of the Malta Business Awards.

The CEO of the Malta Chamber of SMEs, Ms. Abigail Agius Mamo, said that the Malta Business Awards are a platform for business celebration. The Malta Business Awards, according to Ms. Agius Mamo, are an opportunity for businesses to showcase great initiative in a variety of themes of high importance for all today, including the social and environmental.  Businesses are sometimes portrayed in a negative light, but in reality, there are more businesses that take positive initiatives and these rarely make headlines. The Malta Business Awards will not only present an award of recognition but will also give visibility to unique initiatives taken by businesses with the aim of generating more good and inspiring others.

Following the submission deadline of Sunday, September 25 and an evaluation by an impartial panels, the finalists will be revealed on October 10th. The winners will be revealed at the Gala Night, which will take place on Friday, October 28, at the Mediterranean Conference Centre in Valletta. Numerous businesses have submitted applications for one of the 24 awards since the launch of the awards.

Businesses can submit their application themselves or they can even be nominated by third parties. Applications are open until the 25th of September 23:59 (CET) on www.maltabusinessawards.mt. 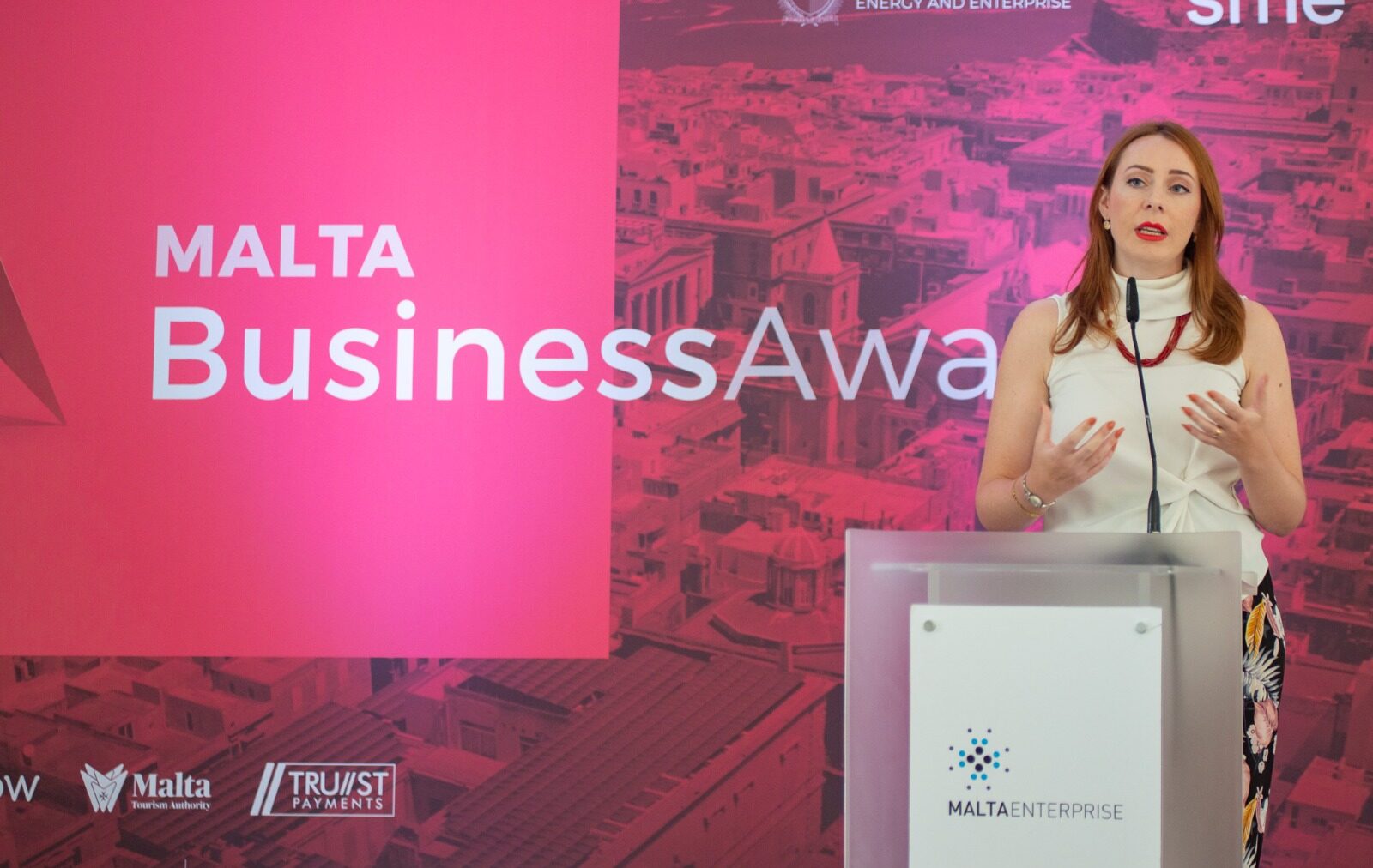 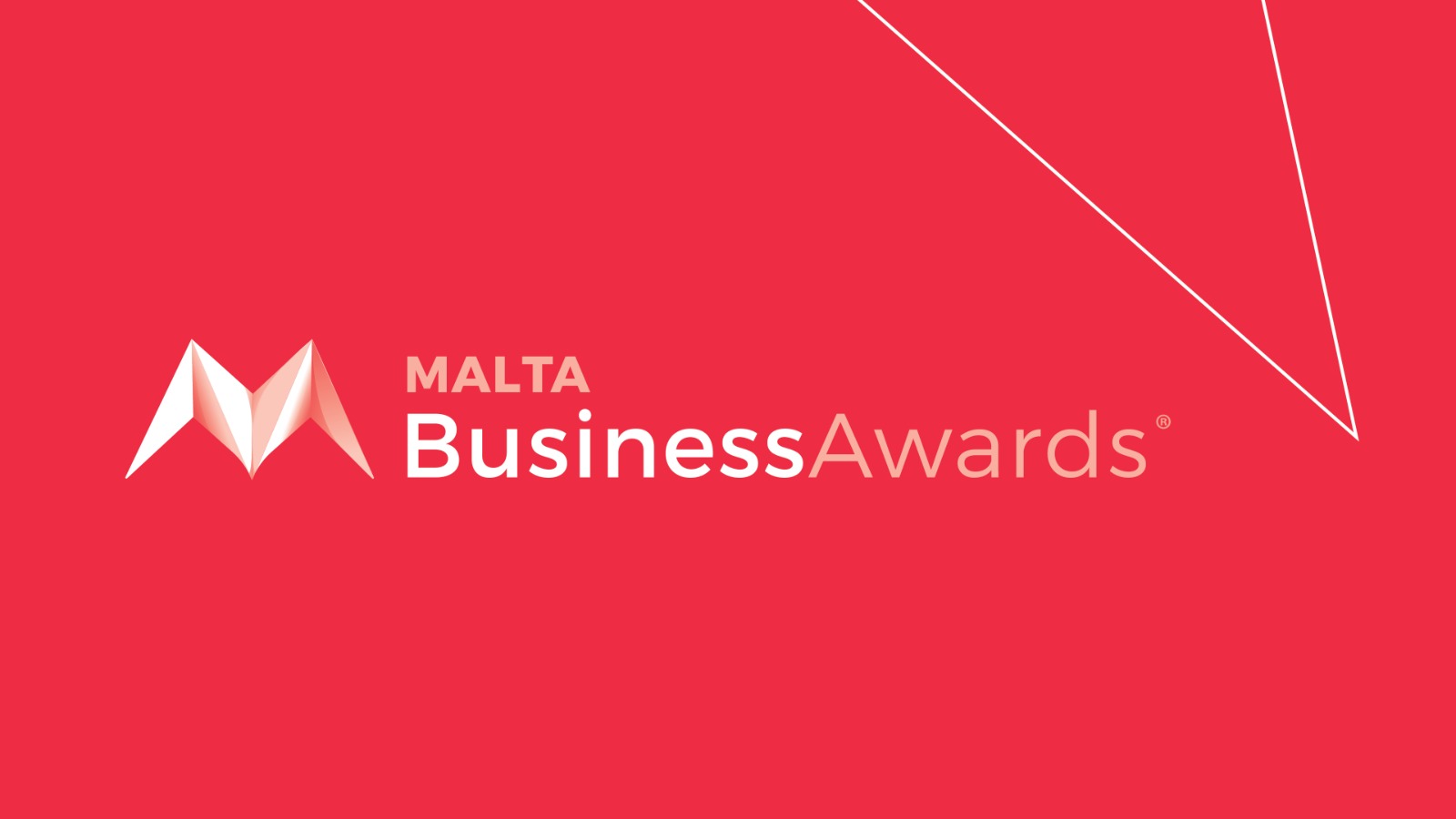 Malta Enterprise, in collaboration with the Chamber for Small and Medium Enterprises, announced the first edition of the Malta Business Awards, which will take place on the 28th of October at the Mediterranean Conference Centre in Valletta.

The awards will be divided into four categories. These are: the social impact of enterprises, green initiatives, Best in Business and innovation, and digitalisation. Nominations are open until the 25th of September with the finalists being announced on the 10th of October.

Over 20 awards will be given to enterprises from various sectors including tourism, whilst also incorporating different elements such as start-ups, female entrepreneurship, apprenticeship, and solutions targeted at climate change as well as sustainable processes. 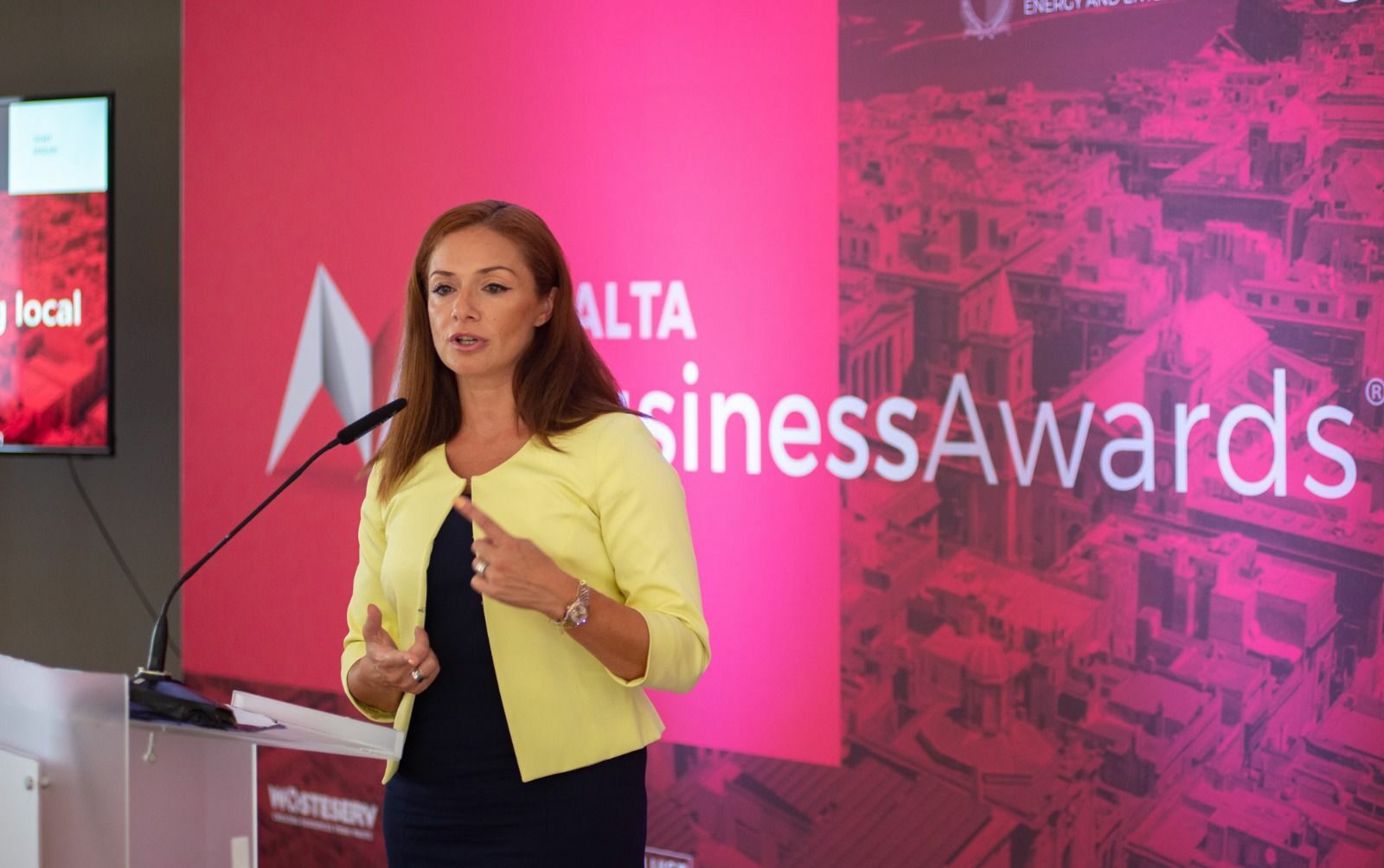 Minister for the Environment, Energy and Enterprise Miriam Dalli stated that “This moment should serve as inspiration for enterprises to be more sustainable, digital, catering for their client’s needs, offering good quality products whilst also ensuring competitiveness. The Business Awards serve as a means to learn from each other’s success stories, as well as for enterprises themselves to define the next steps to improve their processes.” 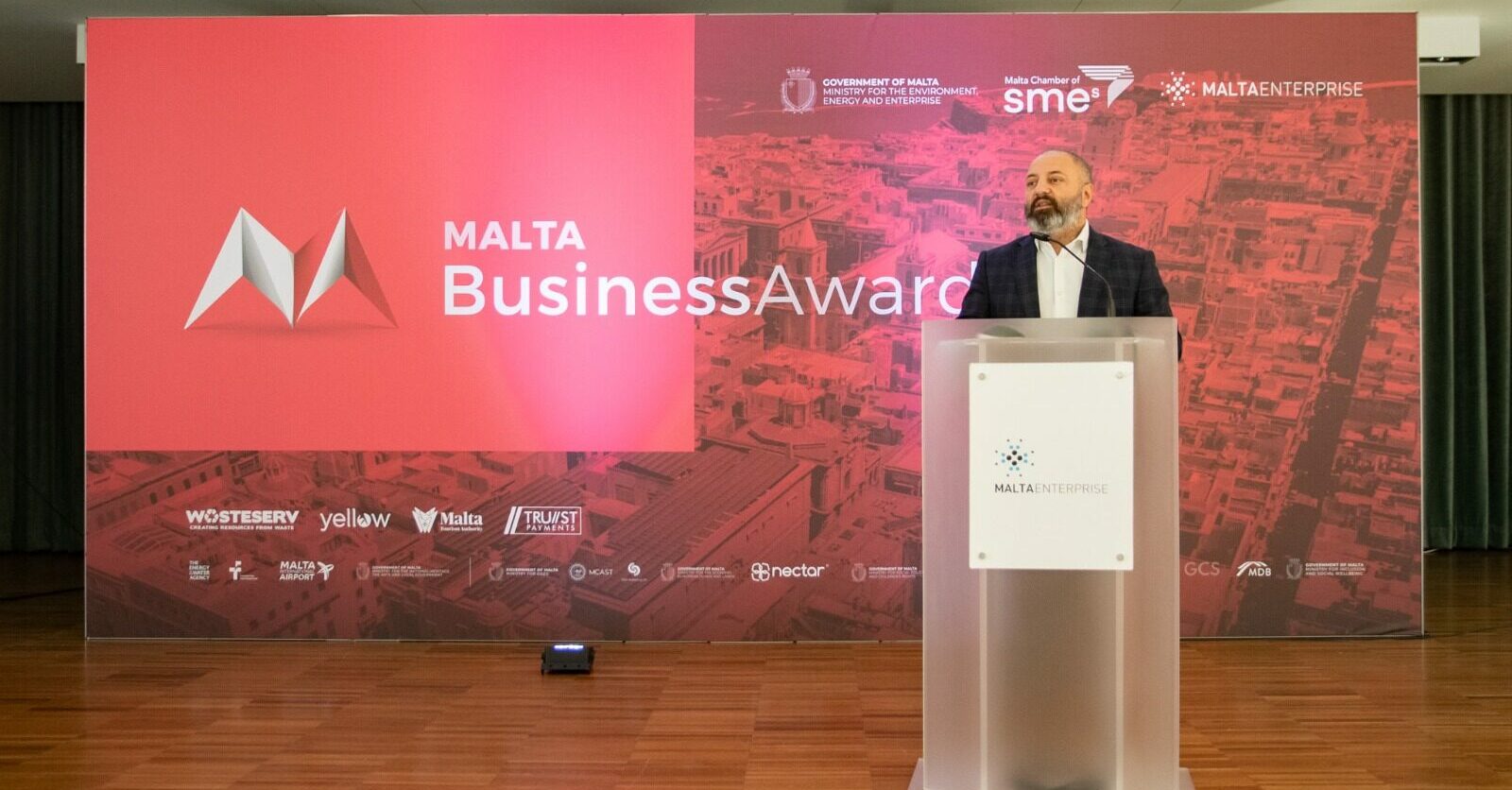 Kurt Farrugia, the CEO of Malta Enterprise stated that “We hope that the winners of the awards would serve as role models for other enterprises, inspiring them to improve their processes. Malta Enterprise actively assists enterprises through a variety of schemes aiming to improve the standards and the quality of services offered. Some of these schemes are the Smart & Sustainable Investment Grant, Invest, Research & Development and Innovate.” 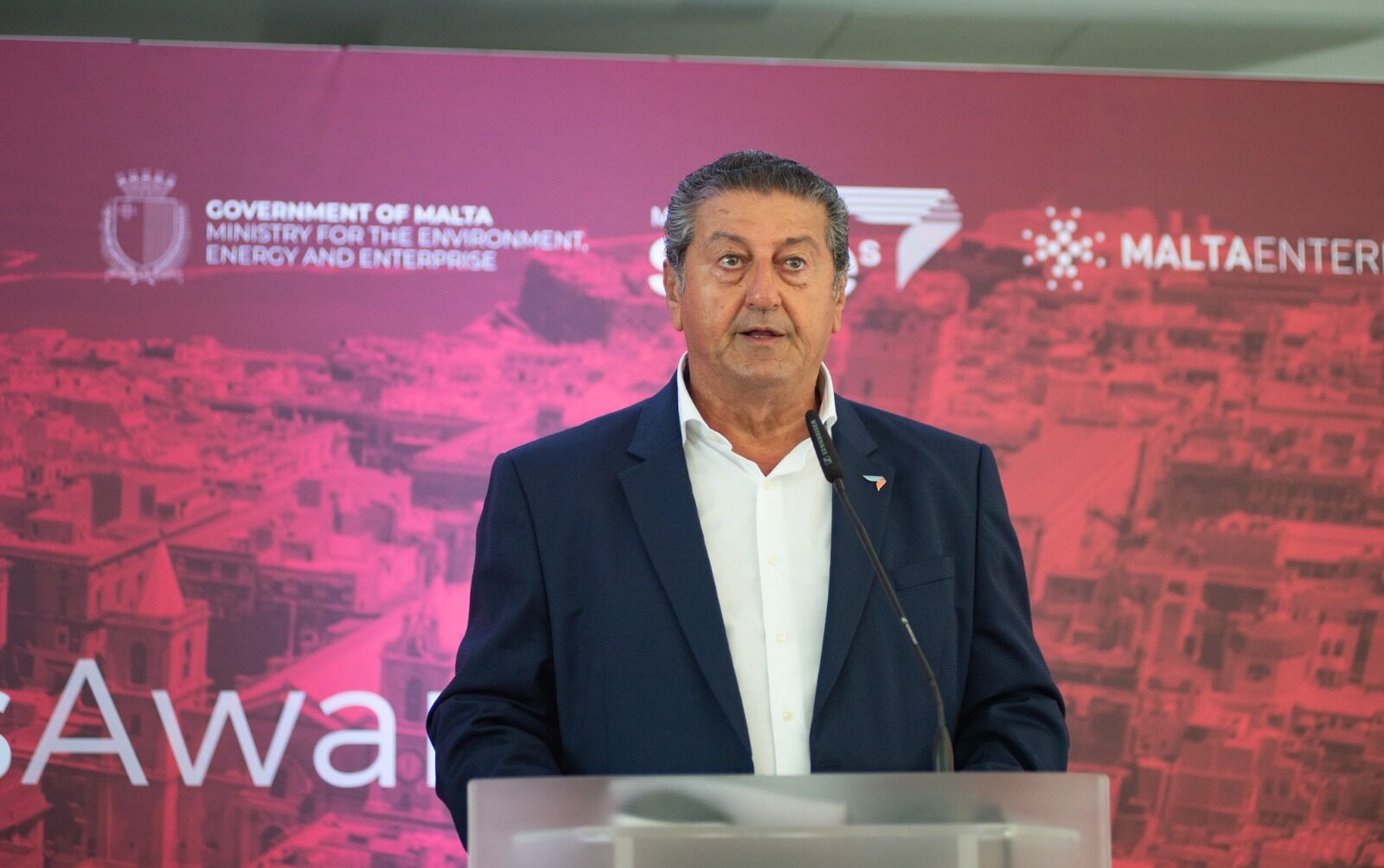 Malta Chamber of SMEs President Paul Abela stated that it is an honour that the Chamber for Small and Medium Enterprises, with a legacy of over 70 years, organised these prestigious awards together with Malta Enterprise as well as with the help of other entities. He stated that these awards have created a platform for recognition which will inspire others through the good initiatives being taken by local businesses. Mr Abela encouraged businesses to participate in these awards which aim to support these local businesses.

CEO of the Malta Chamber of SMEs Abigail Agius Mamo stated that the Malta Business Awards will be honouring businesses in diverse categories. Businesses can submit their application themselves or they can even be nominated by third parties. Applications are open until the 25th of September on www.maltabusinessawards.mt. The finalists will be announced on the 10th of October whilst the gala in which the winners will be announced will take place on the 28th of October at the Mediterranean Conference Centre. 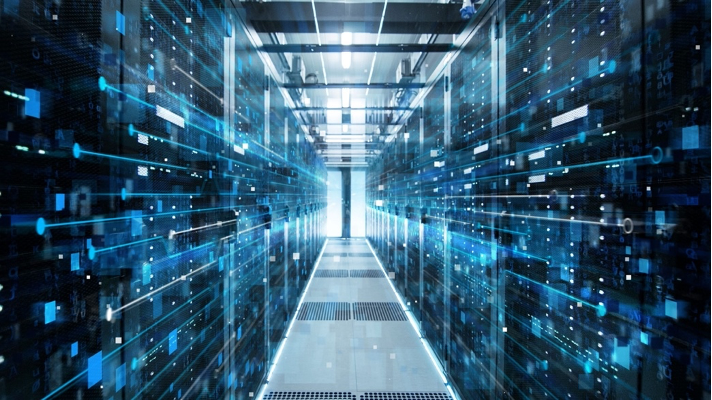 The European Commission proposed new restrictions on who can use and access EU data across all economic sectors on February 23, 2022. The Data Act would promote digital fairness, a competitive data market, data-driven innovation, and data accessibility. It will lead to new, creative services and cheaper repairs for linked products.

The proposal for the Data Act includes:

Consumers and businesses will be able to access device data for value-added services like predictive maintenance. By having more information, consumers and users  may make smarter decisions like choosing higher-quality or more sustainable products and services, helping to Green Deal goals.

A competitive data market will provide businesses and industries more data. Aftermarket service providers will be able to offer more personalised services and compete with manufacturers. Data may also be used to create new digital services.

The European Commission is inviting contributions to an open consultation on an Action Plan for better management of nutrients for a sustainable approach.

The Action Plan, announced in the EU Biodiversity Strategy and Farm to Fork Strategy, will help achieve the European Green Deal‘s 2030 target of reducing nutrient losses by 50%, while ensuring no deterioration in soil fertility. The objective of the two Strategies is to reduce fertiliser use by at least 20%, while enhancing the resilience of the food systems.

The submission deadline is August 26, 2022. For more information on the consultation please refer to the Servizzi Ewropej F’Malta website. Alternatively, you can go directly to the Commission online consultation webpage. 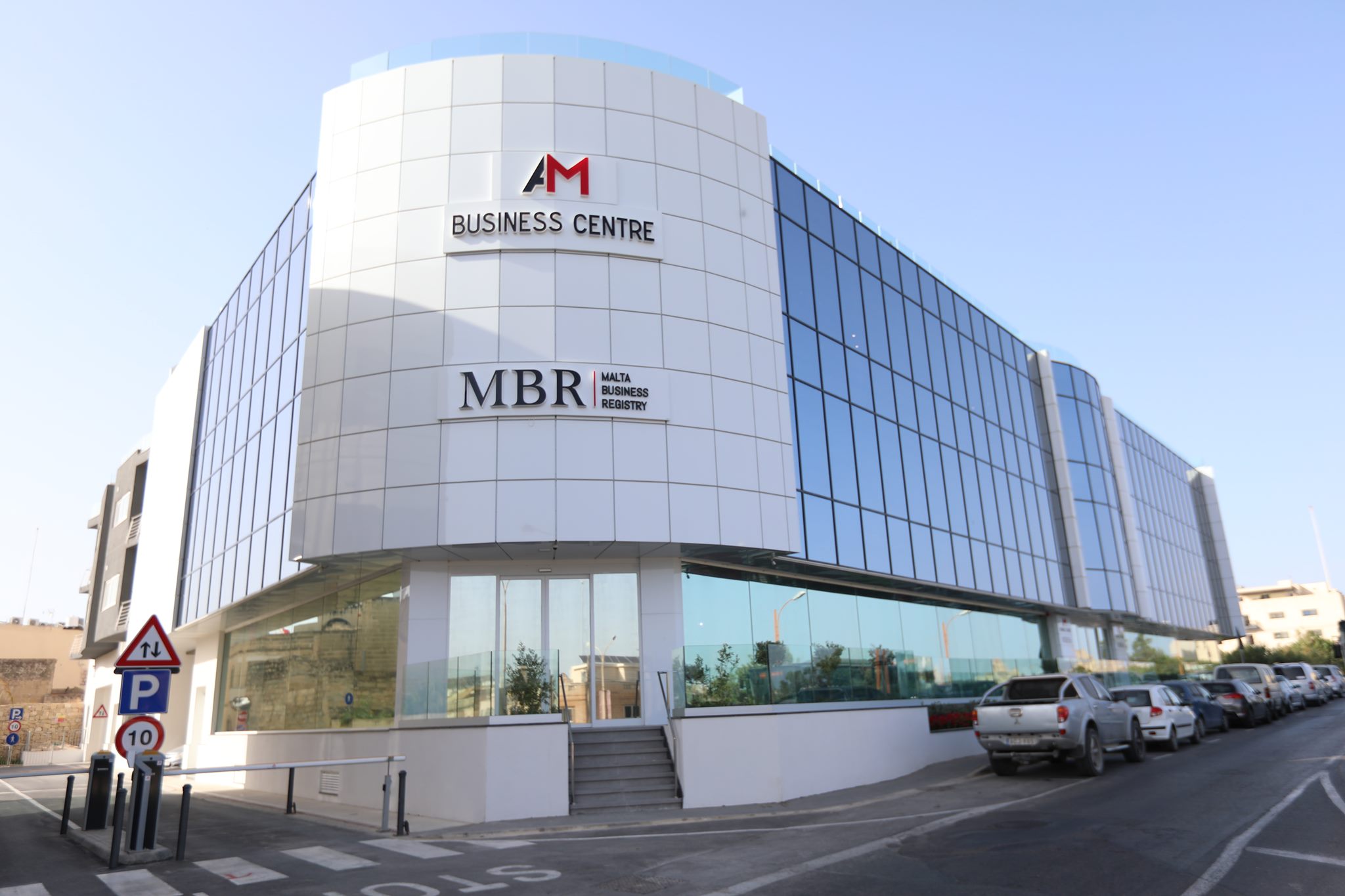 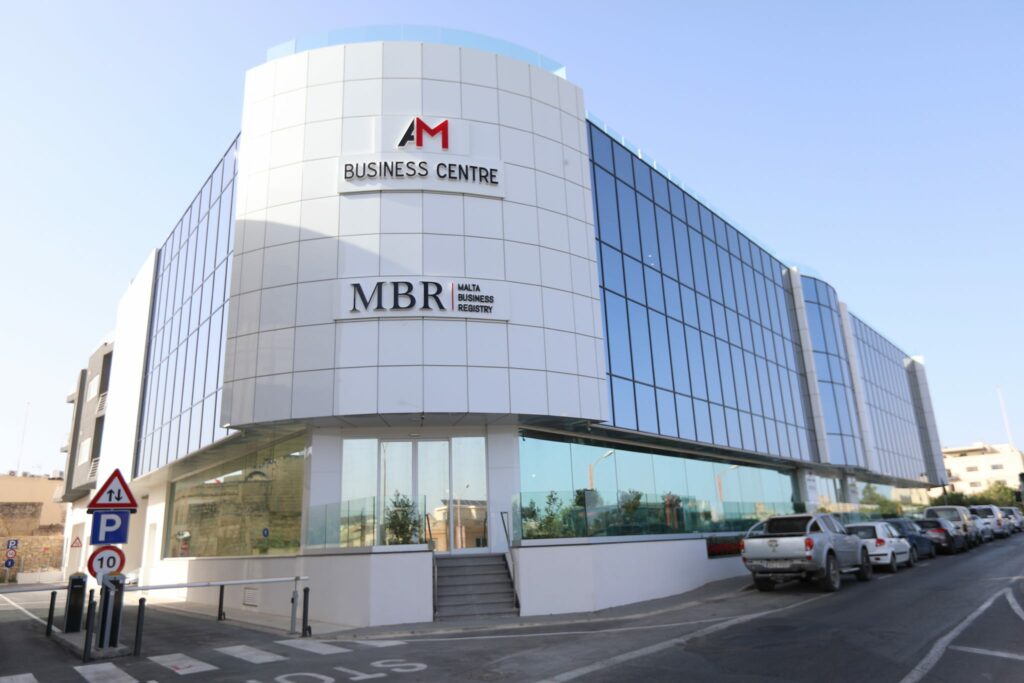 As communicated through a Notice published on 28 January 2022 – Act LX of 2021  introduces the requirement for companies to indicate their electronic mail address in the memorandum, in terms of article 69(1)(d) of the Companies Act.

The scope behind this amendment is two-fold. Firstly, electronic communication serves to increase efficiency through timely communication by reducing the reliance on paper format communication to a company’s registered office. Certain correspondence may well be served to a company electronically and is many times more effective in reaching the concerned company officers.

Secondly, the Malta Business Registry continuously strives as a central national registry and supervisory authority, toward implementing sustainable governance measures that correspond to corporate sustainability goals reflecting national and European Union initiatives in the sector. Limiting the amount of physical paper-format correspondence and shifting the emphasis to electronic means, will undoubtedly serve to reduce the use of paper and associated materials. Such measure is only one of those which will be undertaken as part of the responsibility in implementing measures synced with the European Green Deal.

Companies are hereby being notified that an adequate electronic mail address that is accessible to all the company officers, is to be provided to the Malta Business Registry by 30 September 2022.

It is advisable that this is done by filing an updated memorandum and articles of association. In instances whereby this is not possible, one may address a formal letter to the Registrar, sent to the attention of Ms Stefania Baldacchino.

The European Commission invites members of the Malta Chamber of SMEs to contribute to the revision of the EU Waste Framework Directive, laying down some basic waste management principles.

Alternatively, you can go directly to the Commission online consultation webpage. 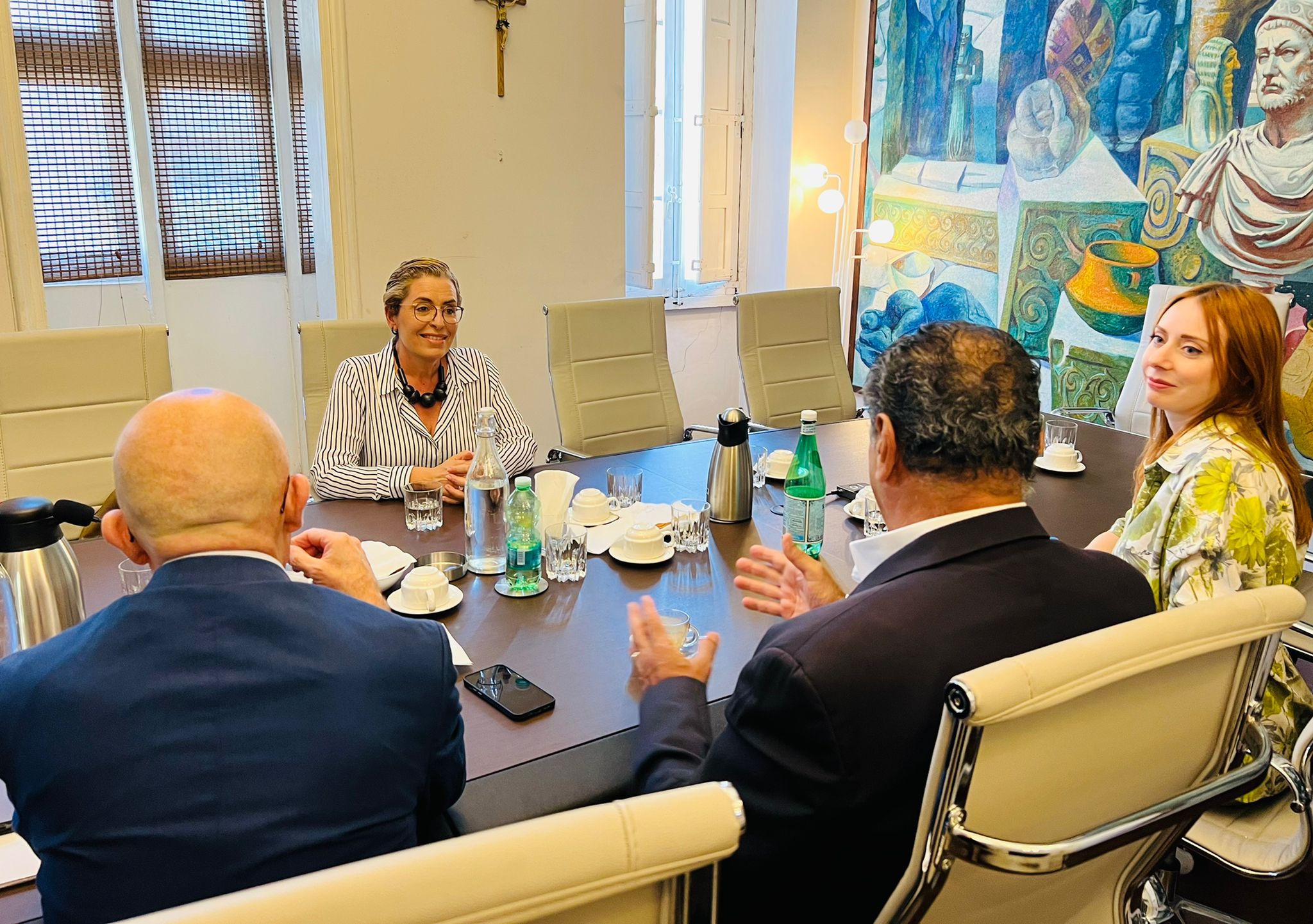 Both sides discussed ways on how to improve Social Dialogue in the near future. 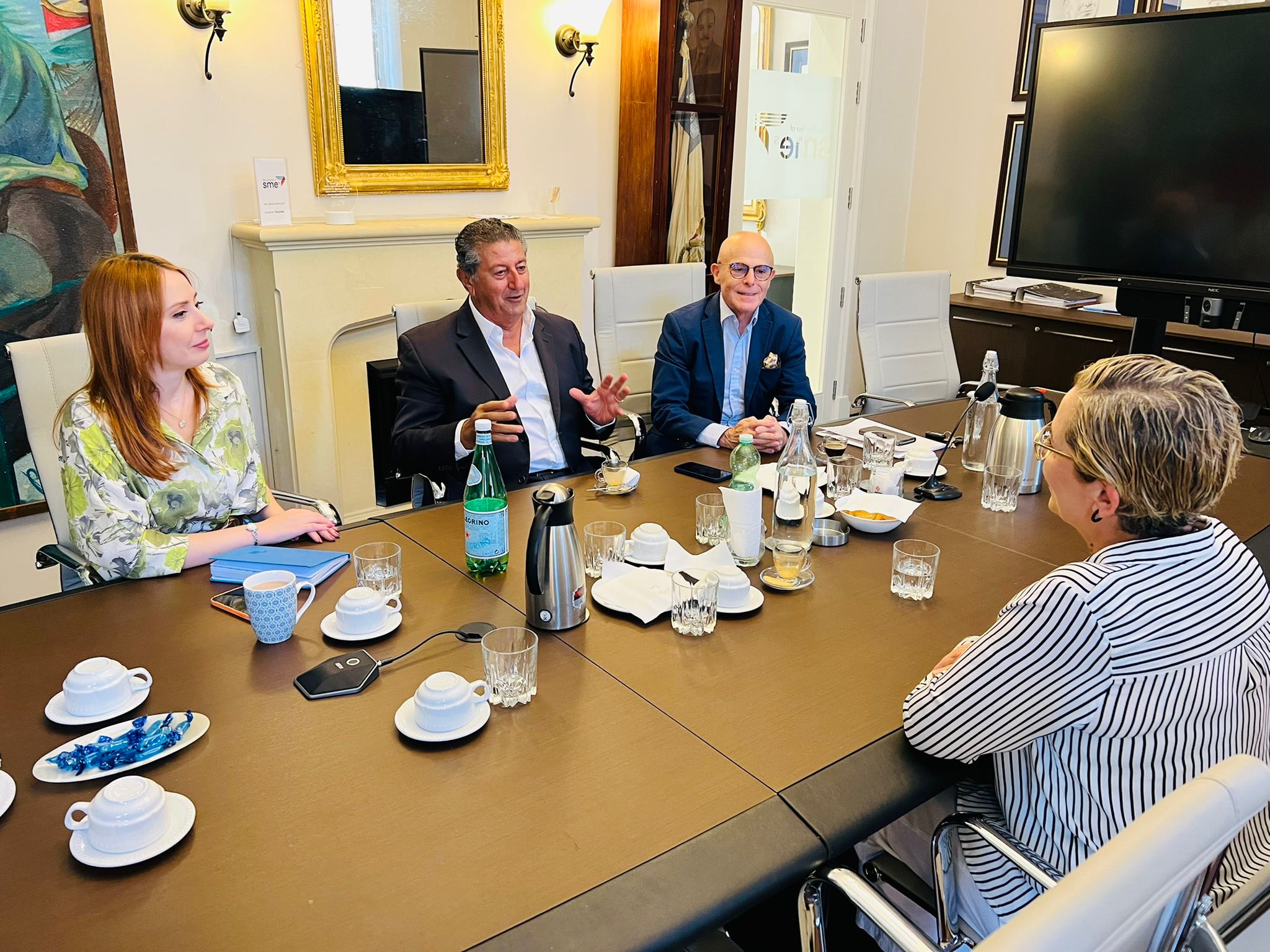 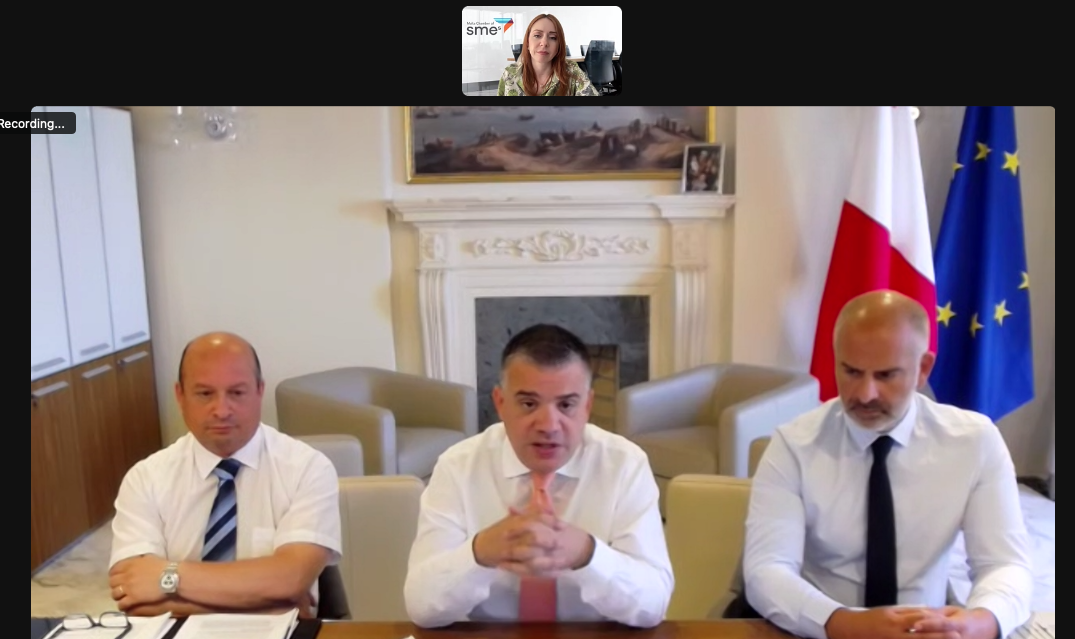 Following the announcement of new EU grants for businesses as part of the EU Recovery and Resilience Funds, the SME Chamber organised a webinar for its members with the participation of Parliamentary Secretary for EU Funds Dr Chris Bonett.

The webinar focused on the 2 latest funding opportunities digitalisation and energy efficient schemes. A total of €35 million of these funds will be used for digitalisation-related projects; with €5 million for SMEs and €10 million for projects tied to the tourism and cultural sectors. Whilst €20 million will be used for schemes promoting more energy efficiency in buildings.

Parliamentary Secretary Hon. Chris Bonett, accompanied by the Director General at the Measures and Support Division Mr Claude Sammut and Mr Chris Magri, explained the schemes to almost 200 participants while they also replied to various questions made by members.

The webinar recording is available upon request for all paid-up members.