THIS WAS THE SECOND DEBATE DURING THIS ELECTORAL CAMPAIGN 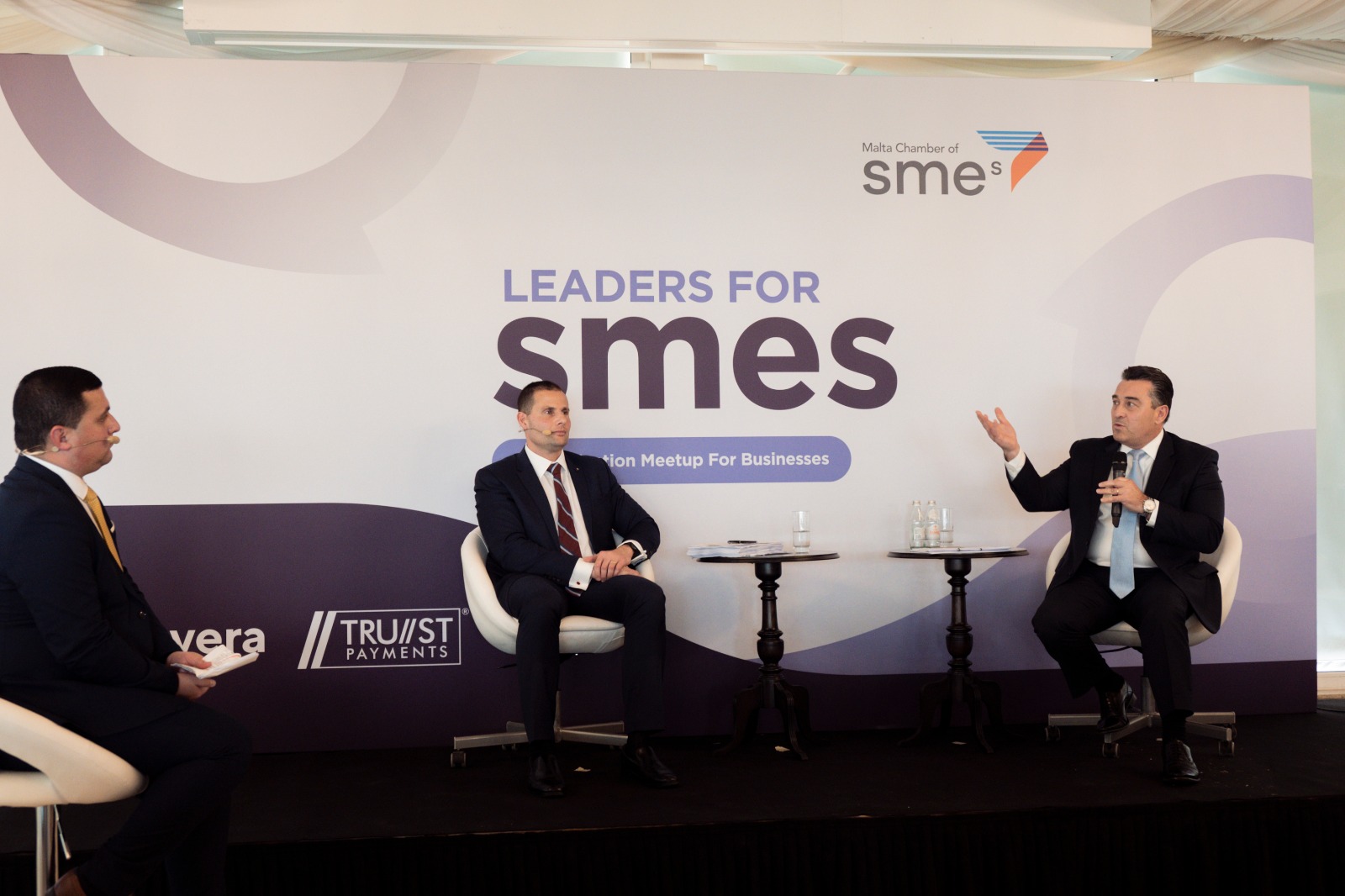 The Malta Chamber of SMEs organised the “Leaders for SMEs” event during which Prime Minister Robert Abela and Opposition leader Bernard Grech participated in a pre-election meet up for businesses. The event was held at Villa Arrigo.

In his opening address, Malta Chamber of SMEs President Mr Paul Abela referred to the height of the pandemic and said that following discussions with the government, the salary supplement was issued which he described as a measure that saved some 100,000 jobs and was the success of everything.

Paul Abela warned that problems would not stop once Malta is off the grey list, he added that once Malta comes of the grey list – a list of jurisdictions under increased monitoring by the Financial Action Task Force – the country would have to start from the beginning.

Abela also highlighted the problems businesses face while banking. There is increased bureaucracy, the president said, noting how businesses are being asked to fill in forms by a certain date, otherwise the bank would close their accounts.

Referring to the Russian invasion of Ukraine, he said that the country has to consider how it will meet the challenges of energy, gas and grain prices. 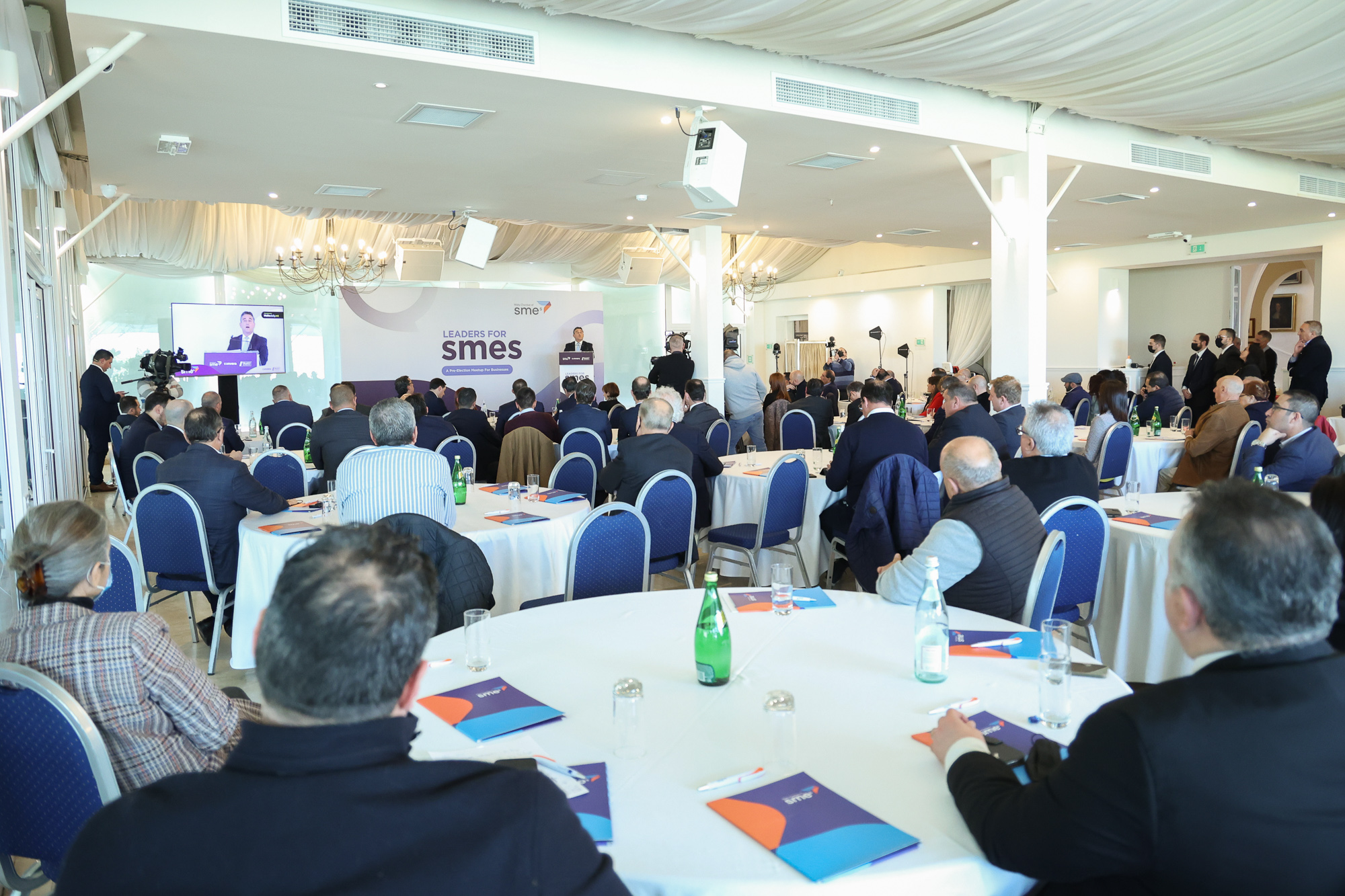 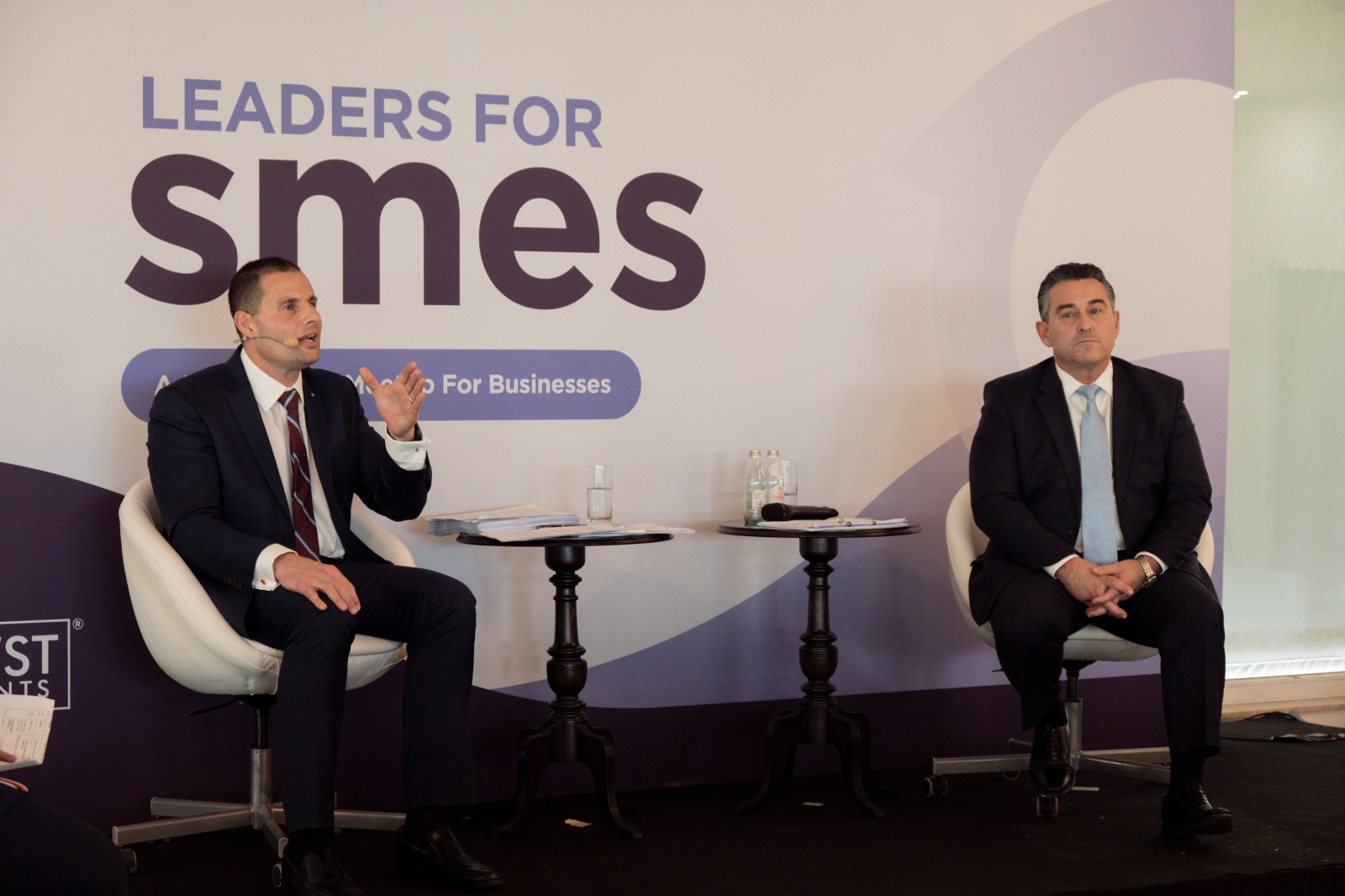 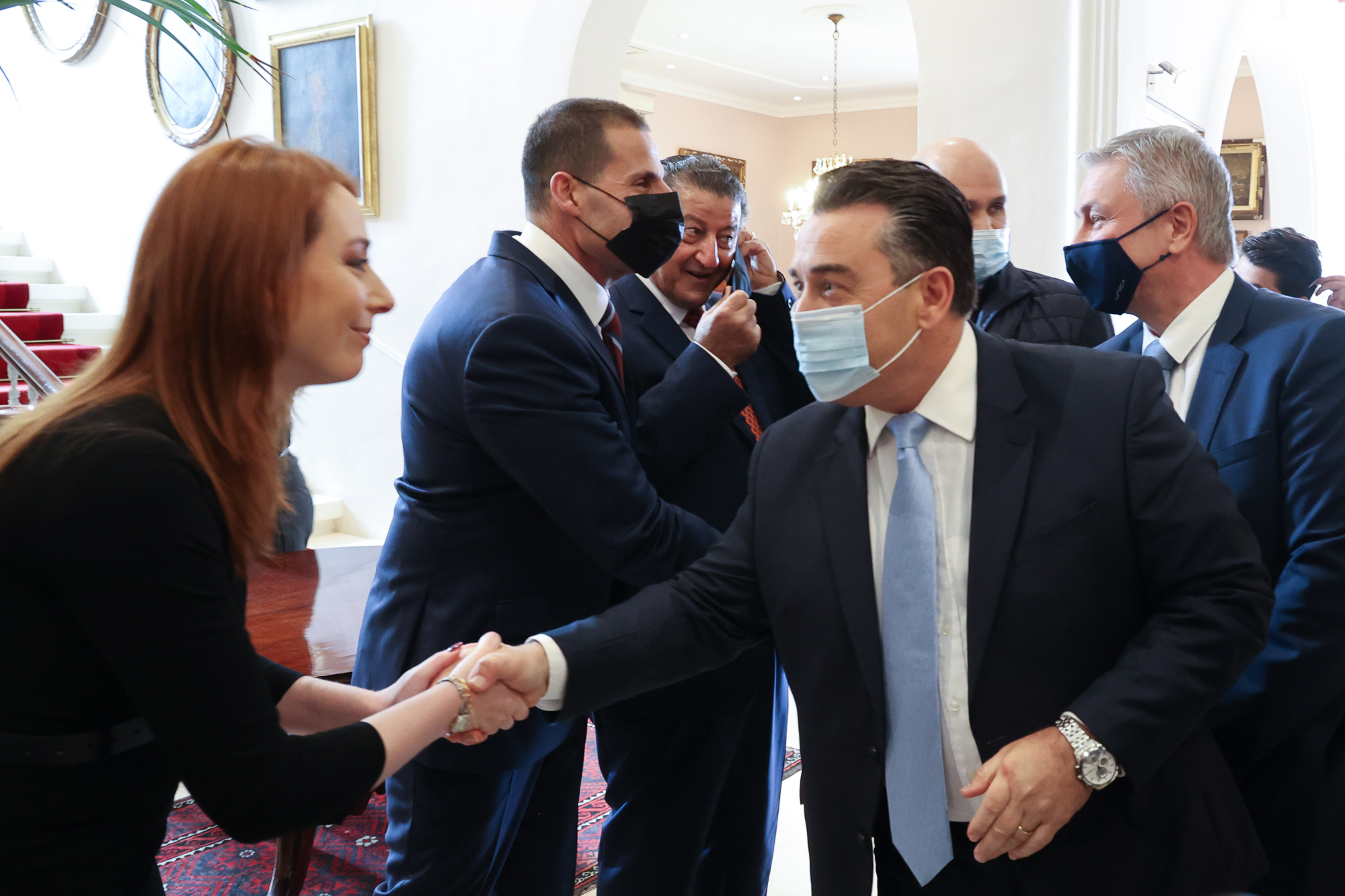 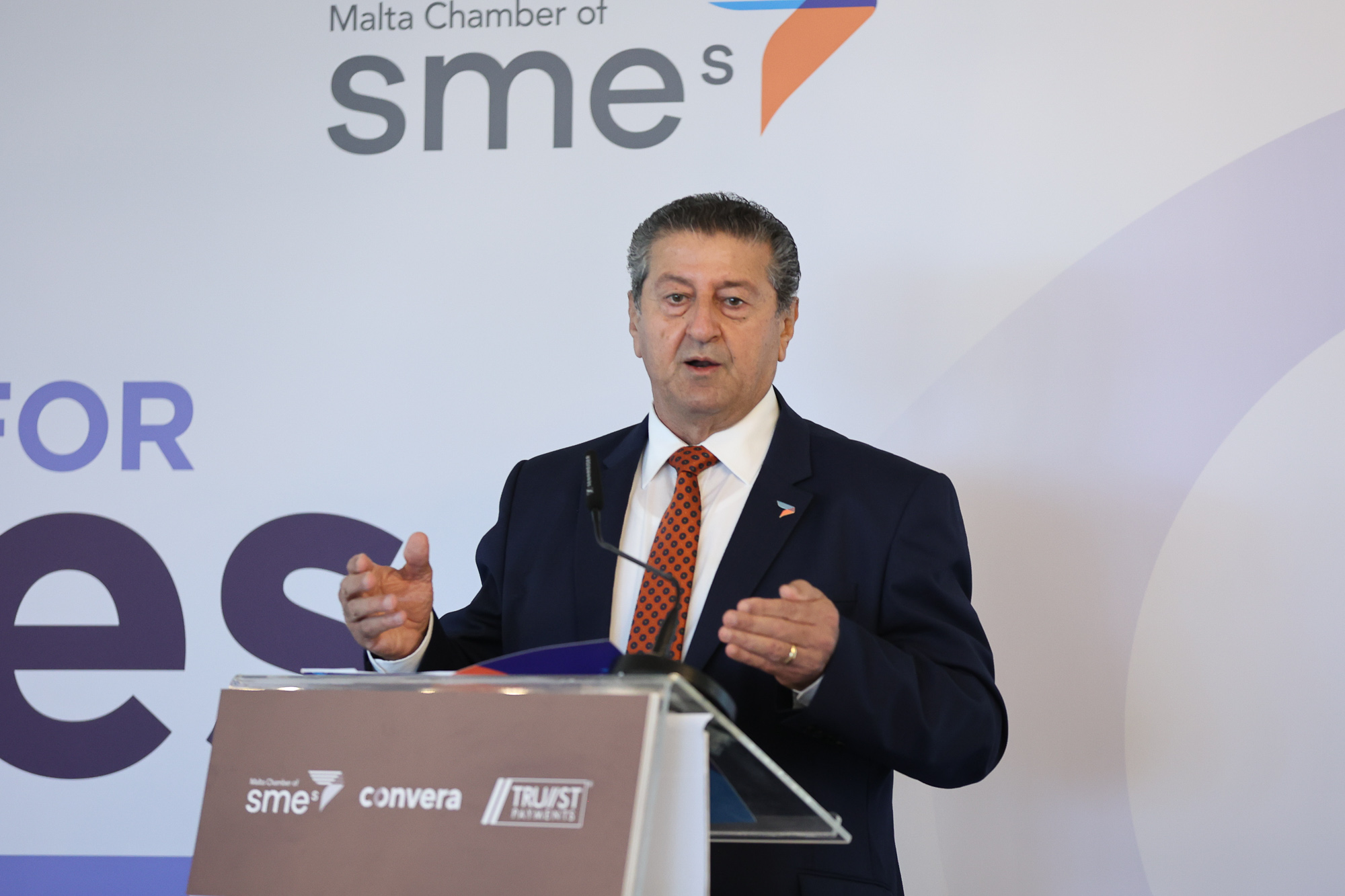 Agius Mamo presented the election manifest during the Leaders for SMEs event, during which Prime Minister Robert Abela and Opposition Leader Bernard Grech addressed SMEs and replied to questions made by members of the SME Chamber.

Ms Agius Mamo remarked that both the Labour and Nationalist Parties are pledging a reduction in tax for businesses. She appealed that this measure does not discriminate between big companies and the self-employed.

Amongst the SME chamber proposals, the chamber is calling for the removal of excise tax especially on personal hygiene products. 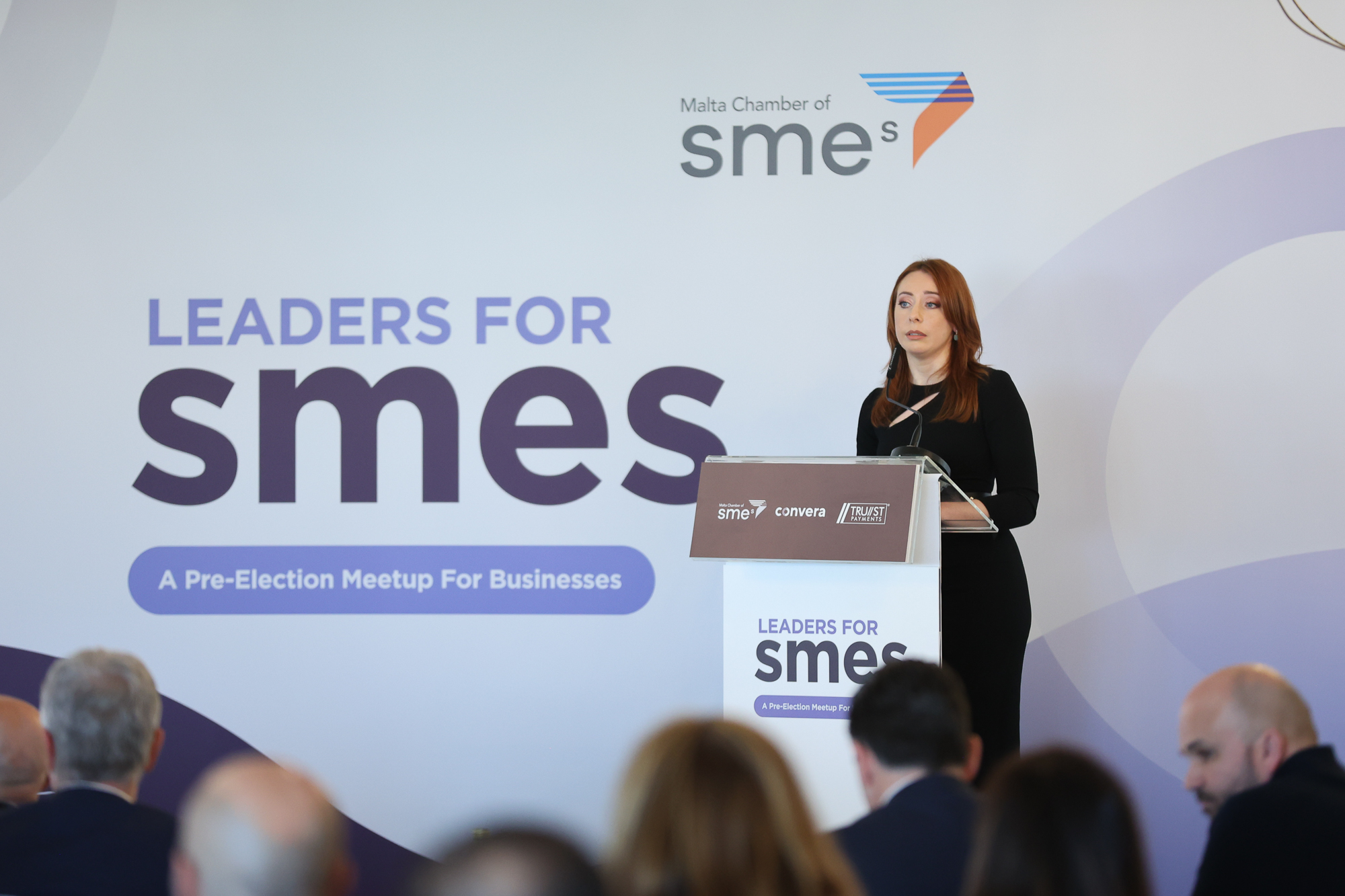 Picking up on earlier points mentioned regarding banking, Abela said: “Sometimes I feel I am losing my patience with this [banking] sector. Whilst I do understand that the banks have to scrutinize their potential and existing clients and carry out the necessary due diligence checks, there is a lot of ‘extra’ bureaucracy which I fail to understand.”

The PL leader noted that this issue often comes up during meetings with the banks.

Abela noted that the FATF had sent a positive sign, saying that Malta “addressed or largely addressed the action plan at the technical level” and said that they look forward to the onsite visit.

During his speech, Abela also spoke about the Ukraine war, and announced that the first oncology patient would arrive this week. The girl will be treated at the Sir Anthony Mamo Oncology Centre.

“The first girl will be arriving from Ukraine to receive treatment,” Abela said, as he thanked Puttinu Cares for their assistance.

Nationalist leader Bernard Grech said businesses fear repercussions. Grech said the Nationalist Party has been consulting with the stakeholders for the past ten years. He remarked that despite frequent meetings, often the party is asked to meet without the media being present.

“Do you want to open the door to your liberty?” Grech asked, questioning businesses whether they would like to continue fearing government backlash if they criticise or voice their disagreement in public.

The Nationalist leader insisted that if the PN is elected to government, everyone would be free to criticise without the need to fear any backlash.

This event was supported by Convera and Trust Payments 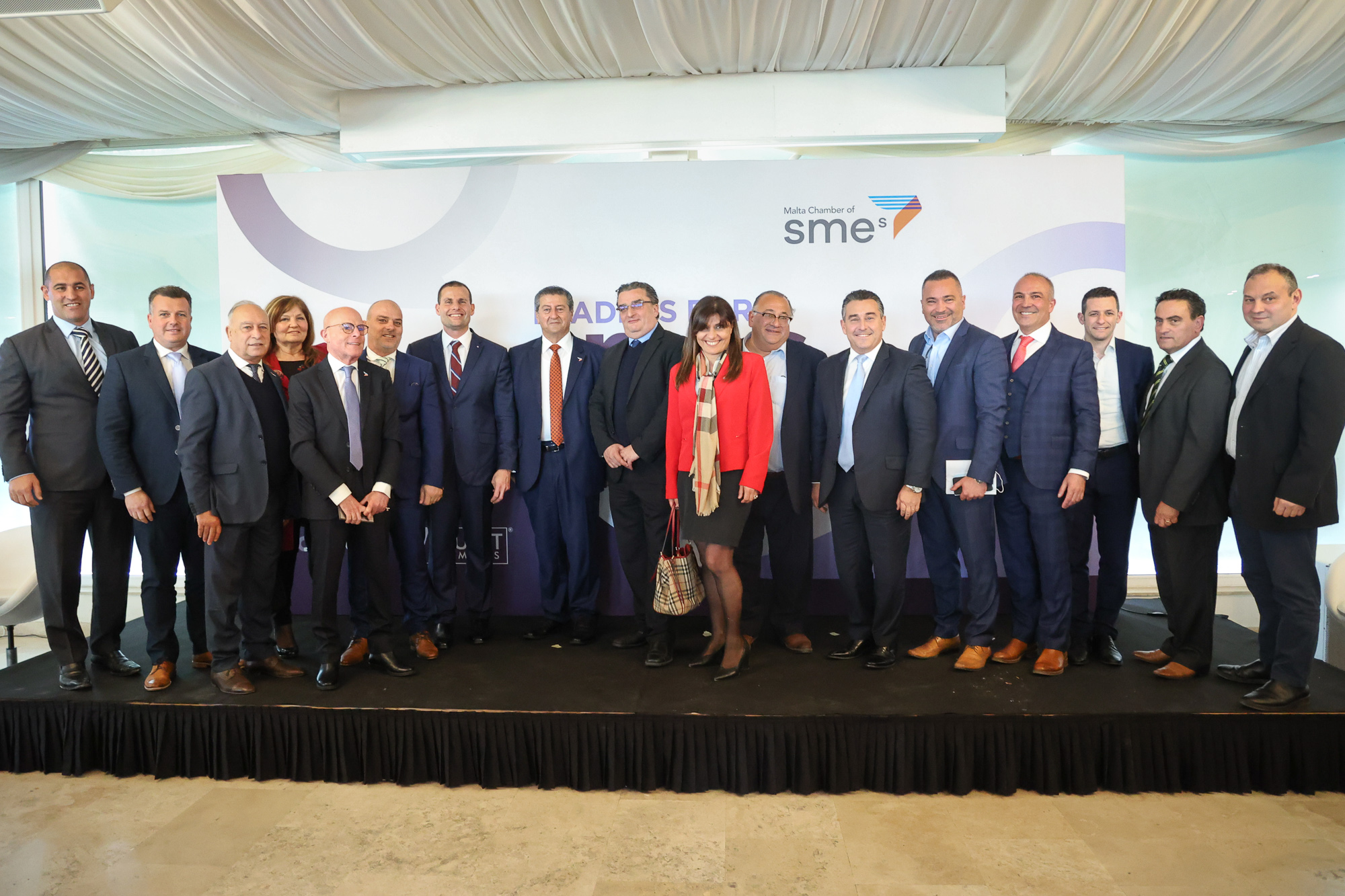