Two of three believe business will not survive beyond 2021 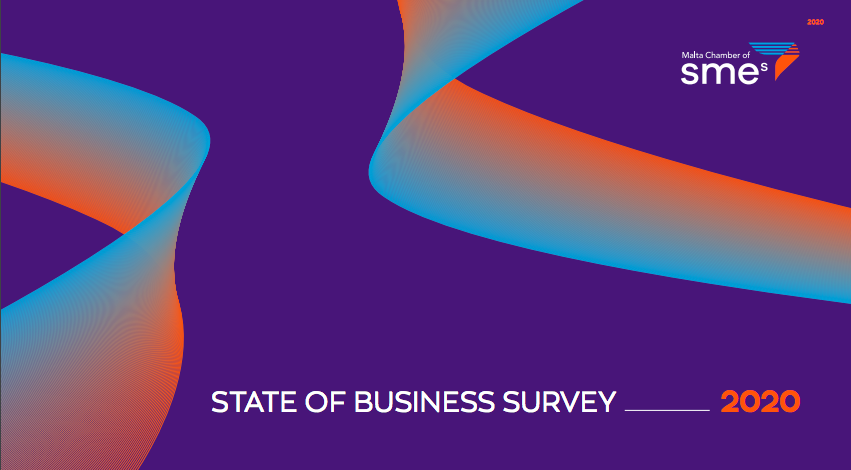 2020 was not a good year for small and medium enterprises, and if they don’t receive the help they need, a good number of them will end up shutting up shop, the Malta Chamber of SMEs warned. Only one third of the businesses believe that they can survive beyond 2021 in the prevailing circumstances.

This was stated during a press conference detailing the results of the State of Business survey for 2020, which is undertaken every year. The survey highlights certain aspects of small and medium enterprises which show the state of their businesses and prospects for it.

The State of Business survey interviewed 230 busines. These include a wide variety of enterprises from various business sectors.

One of the points that was highlighted was that there were some businesses which were not ordered to close, but since they depend on other businesses, they had to close as well. This is as some of the businesses that they were providing products or services to had to close, so it wouldn’t have been sustainable to stay open.

The survey showed that the biggest concerns in terms of financial constraints were low sales levels (26%), cash flow (17%), and problems in collecting payment (15%), among others.

Malta Chamber of SMEs President Mr Paul Abela insisted that the current situation “is not good at all” and appealed to all businesses to stay positive. He continued, “this is like a person was in ITU and he got out of ITU”.

Abela observed what the government can do to aid such businesses, namely with the help of extending the moratorium of banks and the wage supplement.

“The moratorium of banks should stay there, and I will continue to appeal to the government about this.

CEO Abigail Mamo noted that from the survey, it showed that businesses are having the courage to pay their loans and pay for innovative transitions, but they still need help. “There are a lot of businesses trying to pay, even though they find themselves in a dire situation. If from March onwards the moratorium won’t be extended, we fear there is going to be a big problem.”

Vice President Marcel Mizzi said that there is a stark difference between what was seen in 2019 when compared to 2020. “Every year I usually say good things, but this year was shocking. There is the need of more help, otherwise a lot of businesses will end up closing.”

13% of businesses surveyed said that they can only survive in the current situation for up to 3 months, while 32% said they can last longer than 12 months.

One of the outstanding features is that 69% of the businesses said that they would require the wage supplement for up to 12 months.

In terms of how long businesses need an extension to the bank moratorium (which includes only businesses who were already benefiting from it), 48% said longer than 12 months and 43% said that they need up to 12 months.

A number of businesses are also not confident that the vaccine will have a great affect, with 49% saying that Covid-19 will be with us for much longer.

Another grim feature in the survey results is that 82% of businesses reported a decrease in their sales; 43% of the businesses surveyed said that their sales had decreased by up to 50% or more.

On a positive note, 18% of businesses which saw an increase in sales said that it was due to more online presence, something which Mizzi noted he had been promoting for years.  “Necessity is the mother of all innovation,” he said.

Change in consumer preferences also had 16% of the share, with one of the main reasons being that people were spending more time in their homes and buying items related to it, the chamber noted.

Asked about what their plans are for 2021, 32% of businesses said they are going to keep it the same size as in 2020, while 16% said they will try to offer their products or services online.

The SME Chamber noted that “this is encouraging, as although 2020 was a tough year, businesses are still trying to keep their heads up” .

The Malta Chamber of SMEs said that they’re trying to find solutions with the government. They are trying to ameliorate the situation, trying to get businesses to get innovative.