Overcoming disability in Employment; A conference organised by CRPD 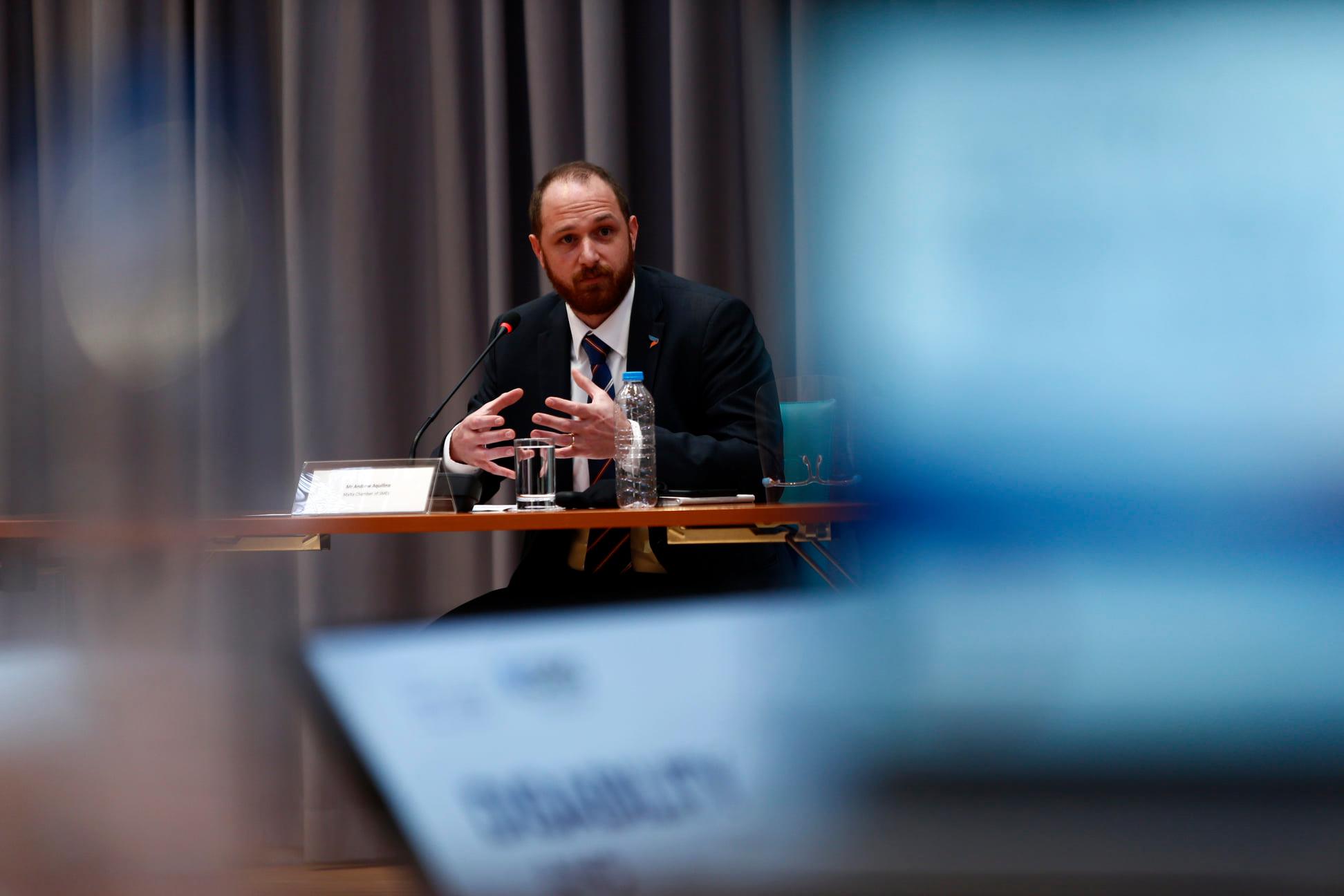 A hybrid conference to announce the results of a research initiative into the current situation of people with disabilities and employment in Malta, as well as the publication of Employment Guidelines in this regard was organised by  CRPD on Friday 26th February.

This research aims to answer to provide a fact-based basis for a conversation to take place between employers and persons with disability, and should lead to changes in policy, legislation and support services to improve disabled people’s access to employment.

The research initiative forms part of the ESF 2.63 Project – Knowledge, Training, Communications and Support Measures in Support of Vulnerable Groups, while the beneficiary of this project is the Ministry for the Family, Children’s Rights and Social Solidarity (MFCS). The Commission for the Rights of Persons with Disability (CRPD) is a partner organisation in this project, and it was commissioned through a public tender to Ernst and Young (Malta), with Anne-Marie Callus as the key expert on disability.

In introducing the research project, Ms Samantha Pace Gasan Commissioner of the Rights of Persons with Disability, emphasised the importance of discussing the quality of jobs undertaken by persons with disability in Malta, rather than quantity.  She insisted that this discussion is an opportunity to ensure that people with disability reach their full employment potential.

It was also addressed by the Malta Chamber of SMEs Head of Policy Mr Andrew Aquilina who stated that the report shows a positive outcome that people with disability of employment, 92.3% were retained.

Aquilina insisted that the SME Chamber had proposed that the fines paid by employers when the 2% quota is not met, this would be converted into a fund, accessible for employers to make their work places more accessible., therefore ensuring a multiplier effect. 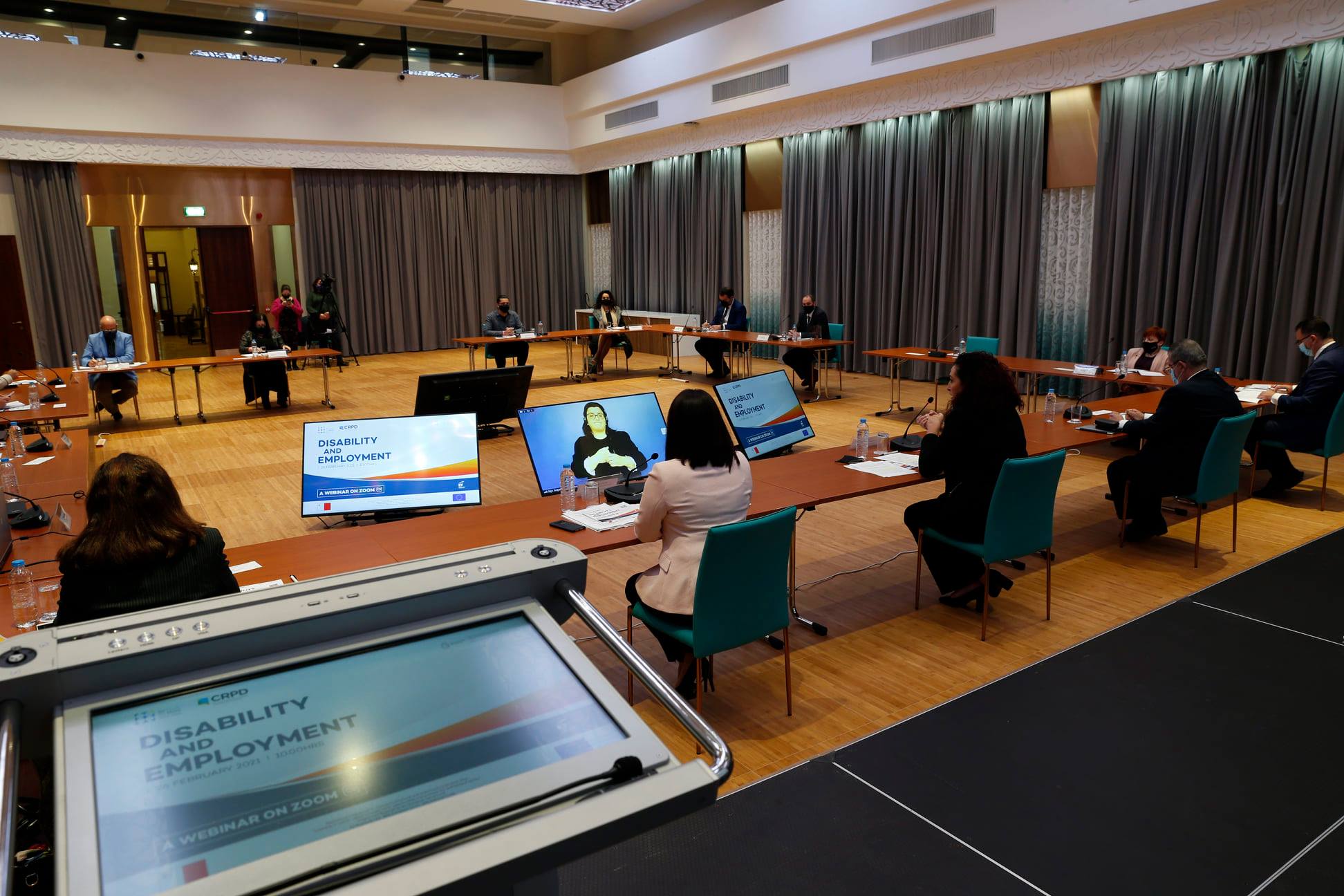 Overview of interviews carried out with persons with disability

The overall cohort was composed of 185 male respondents and 151 females. A proportion of 61.3 per cent of respondents are currently in employment, whilst an additional 27.7 per cent used to work but are currently unemployed. Another 11 per cent have never worked.

EY’s Simon Barberi, who presented the results, observed that findings indicate persons with a physical impairment are more likely to be in or find employment, as opposed to those with an intellectual impairment.

It was observed that levels of education are lower among those respondents who are not in employment: 46.2 per cent have a secondary level, 15.4 per cent post-secondary and just under 7.7 per cent a tertiary level of education. 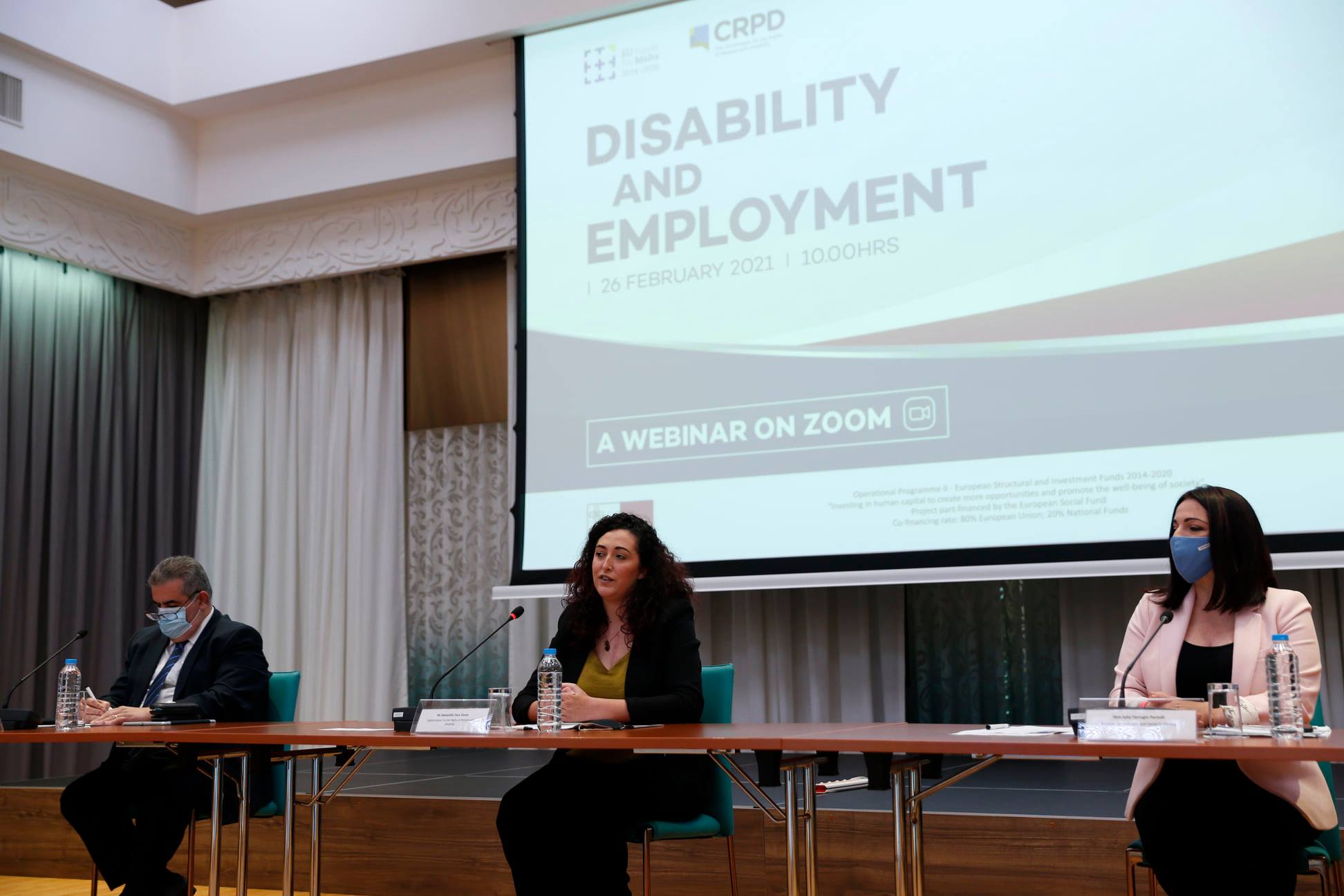 Of those who are in employment, 24.8 per cent perform clerical duties. A proportion of 18.9 per cent are in elementary occupation/s, 14.6 per centare professionals and another 10.2 per centare at managerial level.

Consequently, these figures show that most respondents with disabilities are in lower-paid job categories. These statistics correlate with monthly incomes reported by research participants. Most commonly, the employees with disabilities’ average wage is (up to) €800 monthly, as reported by 37.9 per cent of currently employed respondents and 48.3 per cent of previously employed ones.

Among the main factors considered when taking up a job or training placement by persons with disability are working conditions, transport, the possibility of teleworking and job likeability.

Main Findings from Interviews with Employers

One-to-one interviews were held with 52 employers. An additional three focus groups, two in Malta and one in Gozo, were also held. These were attended by a total of 28 employers’ representatives.

More than half (51.9 per cent) of the employers interviewed have not previously offered a job to a candidate with disabilities. The most commonly cited reasons for not choosing candidate(s) with disabilities include not considering the applicant fit for the job, having insufficient skills and knowledge for the role, insufficient qualifications, or due to having better candidates for the post. These reasons comprise just over 65 per cent of the employers interviewed

In terms of creating physical access at the workplace for employees with disability, employers report that when using rented building, landlords are reluctant to cover the cost of providing adequate physical accessibility.

Through the research, several recommendations were presented – chief among which are:

Business Opportunities from Israel this month

You are invited to contribute towards our research study on Green Jobs Climate crisis and...