A Malta Chamber of SMEs delegation visited the EXPO 2020 Dubai. during this visit the SME Chamber delegation accompanied by Ms Josephine Farrugia, Events coordinator at the EXPO, visited several pavillions and held bilateral meetings with officials from different countries.

The SME Chamber started off by meeting the Dubai Chamber at the EXPO and both sides exchanged ideas and possible further collaboration between both sides.

Following this, the delegation visited the Egyptian pavillion and before touring the pavillion, met two high officials representing the Egyptian Government. dR. kHALED melad Rezek, the Egypt Pavillion Director stated that both countried could increase their relationship and eventually increase business. Mr Mario Debono on behalf the SME Chamber promised that both sides will meet again to discuss further collaboration.

On its first day the SME Chamber delegation visited also the Saudi Arabia pavillion, one of the most impressive pavillions at the EXPO. This was the second largest pavilion at Expo 2020 Dubai with a total area of 13,059 sqm. The Saudi Pavilion offers a glimpse into our shared future, taking you on a journey through our ambitions across four main pillars: people, nature, heritage and opportunities.

The SME Chamber delegation also visitied Malta’s pavillion at the EXPO and met Maltese officials working on the pavillion. 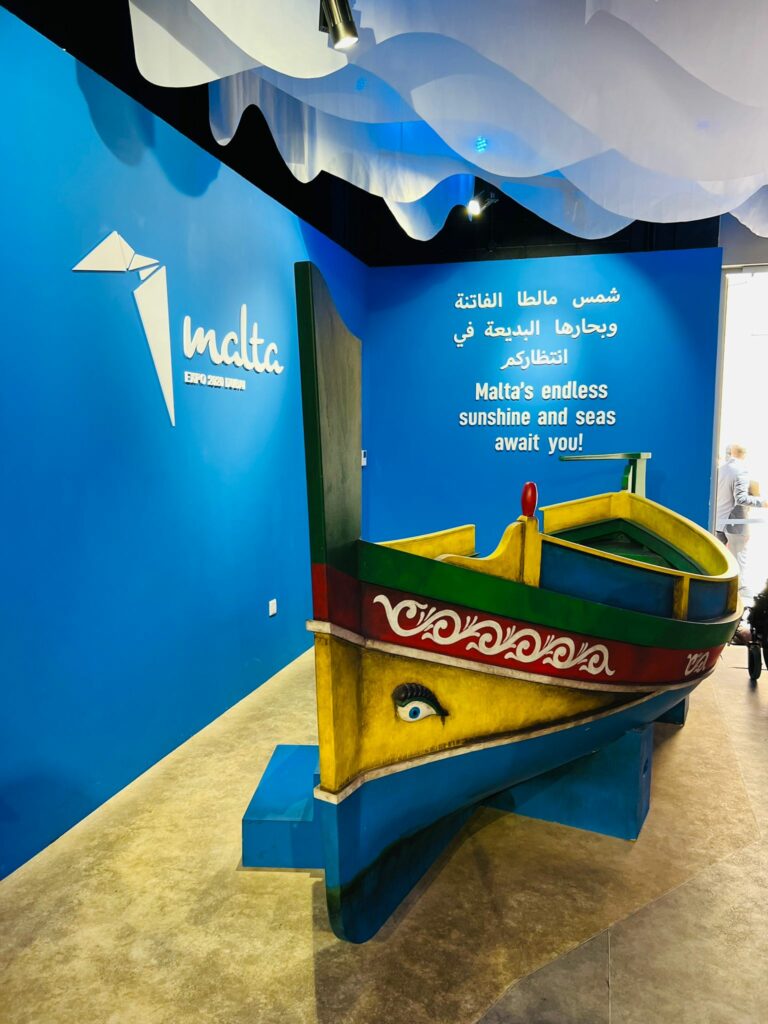 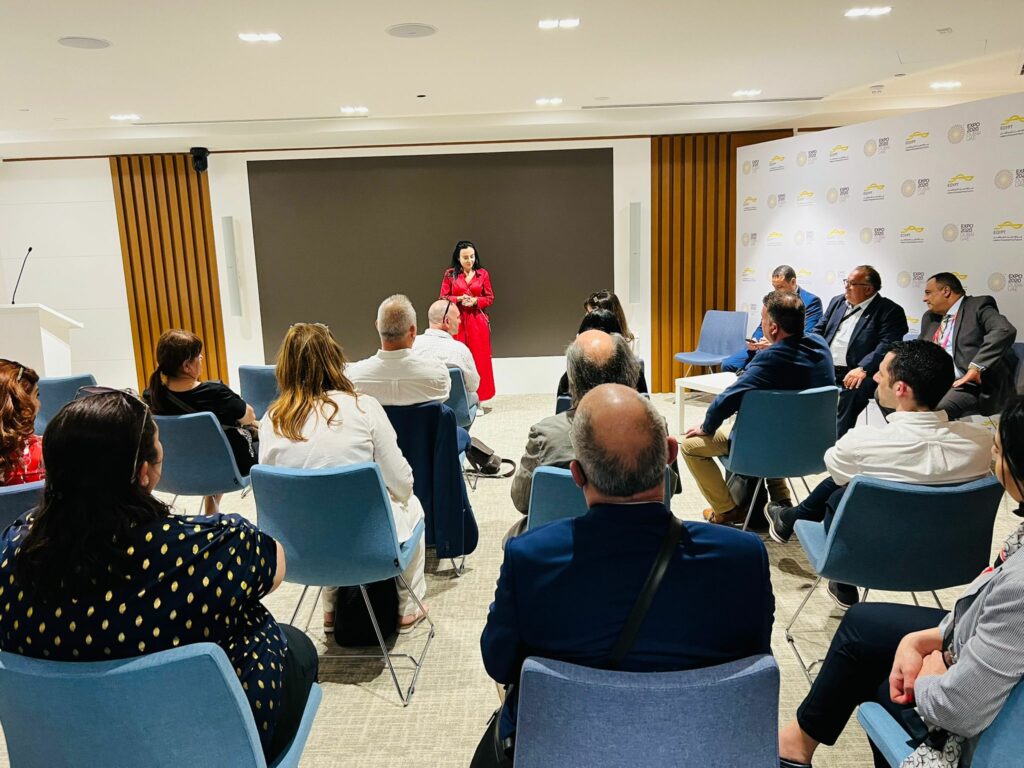 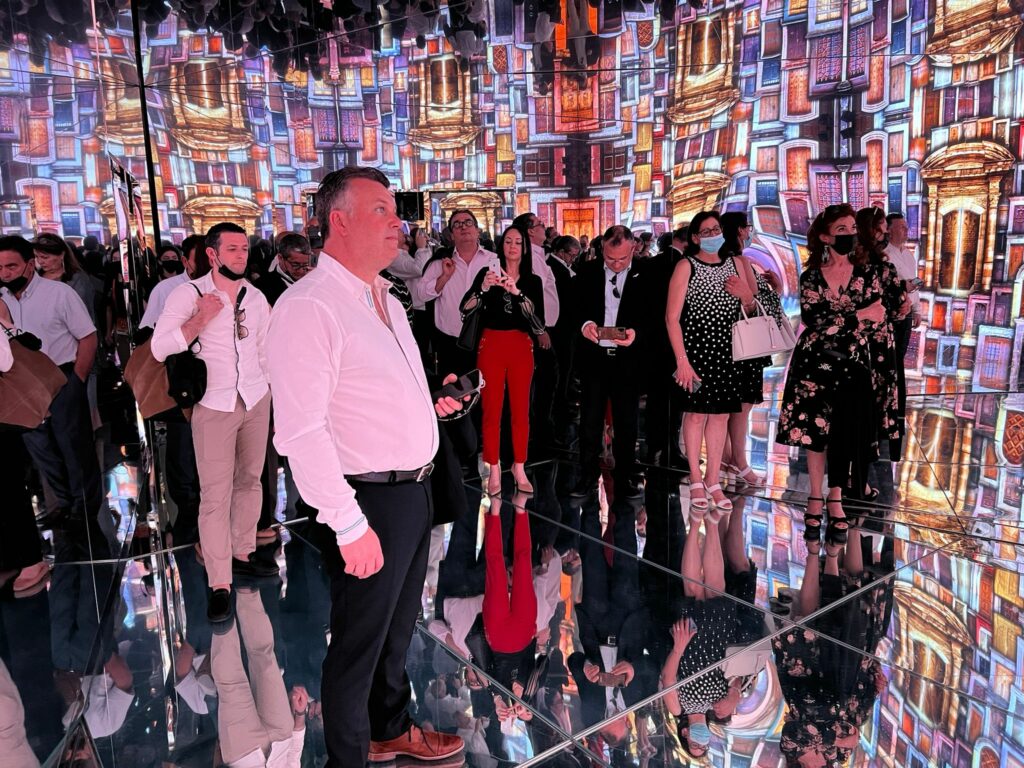 During this visit, the delegation met H.E. Maria Camilleri Calleja, Ambassador of the Republic of Malta and Permanent Representative of Malta to IRENA Abu Dhabi. 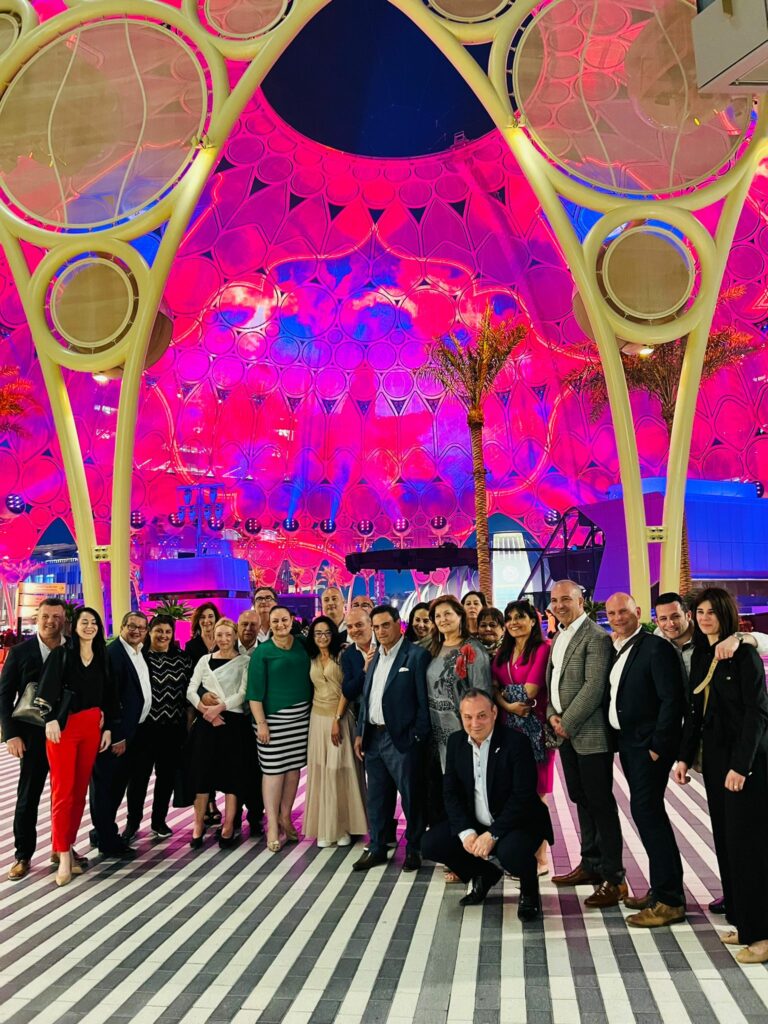