Have you spotted our billboards?

A campaign on the benefits of social dialogue 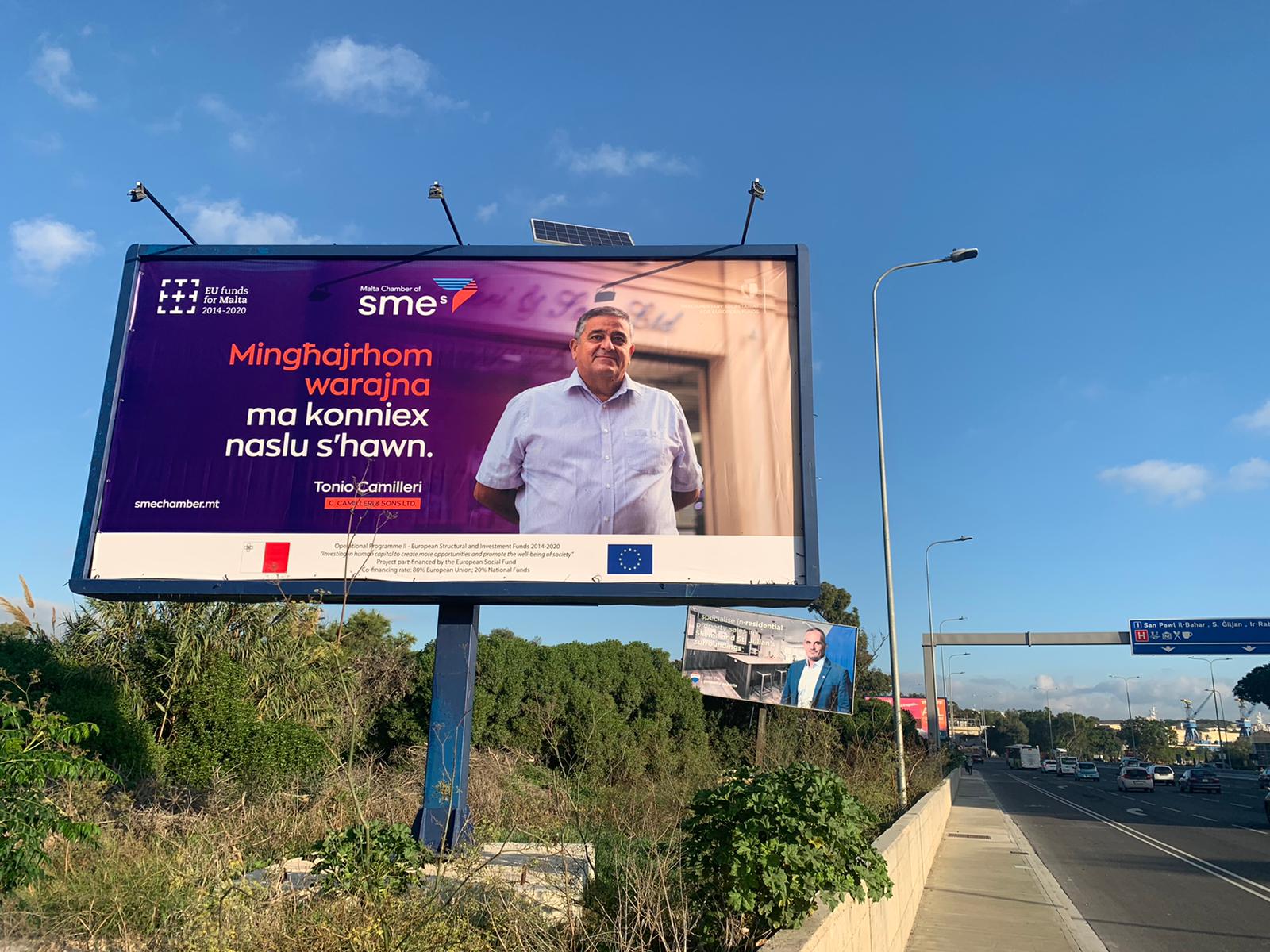 Following the launch of our rebranding in January and the new website in September, the Malta Chamber is now launching a new campaign on Malta’s roads.

Part of a wider campaign supported by EU Funds, the Malta Chamber of SMEs launched a billboard campaign on Monday which shall continue throughout November and December with testimonials by various members of the SME Chamber.
The first two testimonials launch are of Antoinette Doneo, Director at Doneo Co Ltd. stating that the Malta Chamber of SMEs was the only entity that contacted them during the pandemic to ask about their needs, and Tonio Camilleri, CEO of C. Camilleri & Sons Ltd, the oldest company of Camilleri Group, dating back to 1843, saying that without the backing of the SME Chamber, they would not be standing where they are today.

This campaign is an outreach effort that highlights the benefits of social dialogue and that being united with one voice benefits businesses directly.

Other testimonials will be published in the coming weeks. 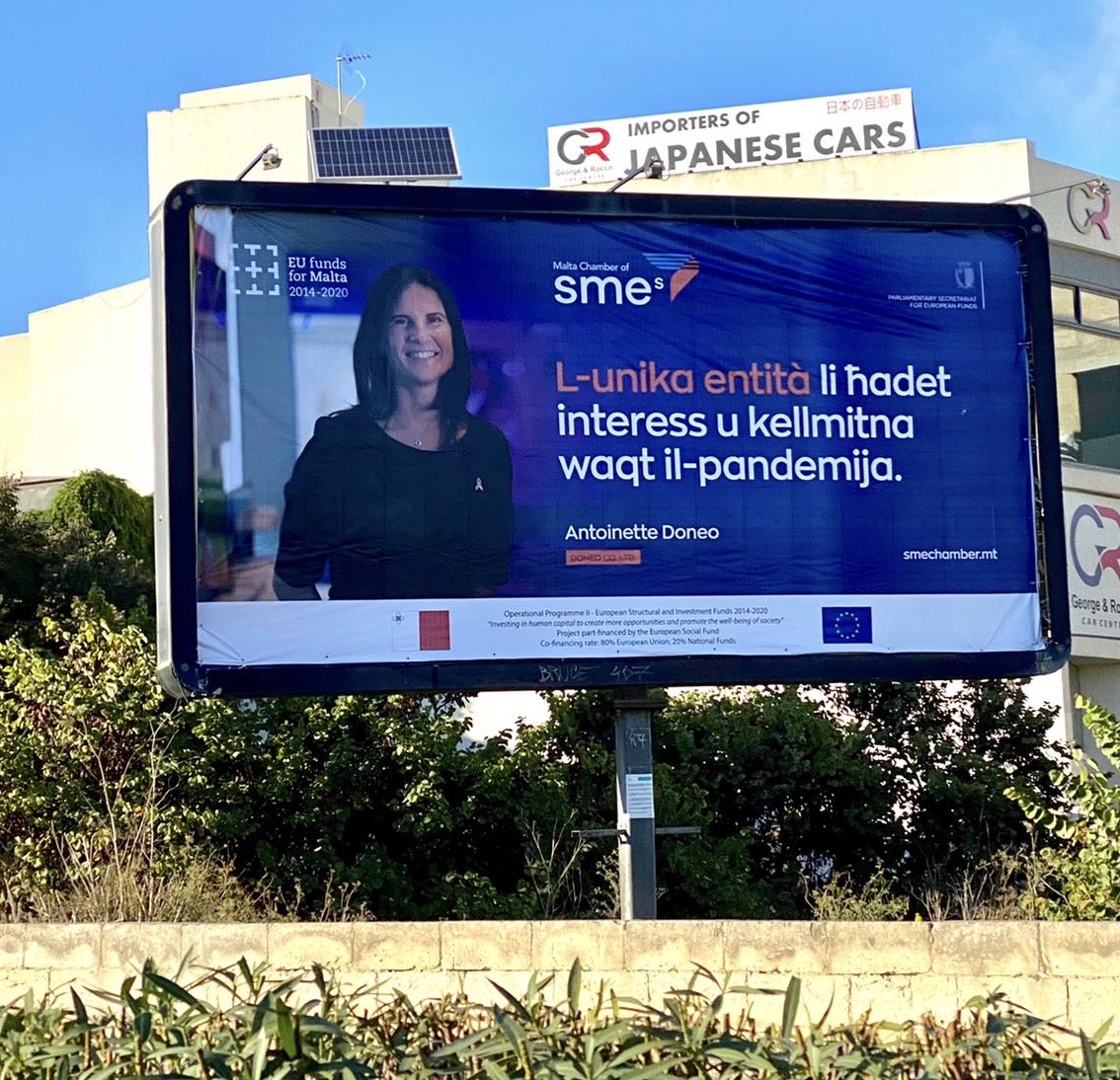